Home Biafra News. WHERE IS OUR SANITY? By Victor Ngwu 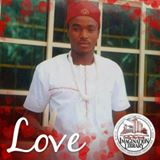 The Onitsha rally few days ago by IPOB members under the leadership of Nnamdi Kanu with the message of NO REFERENDUM DATE, NO ELECTION is totally uncalled for and it is a sign that we have sold our sanity.
We all know that the IPOB are fighting a just cause but the way they are going about it will not only frustrate  the struggle but will elongate  the actualization of Biafra and make those in the struggle to look foolish.
How can they claim they need referendum without clear understanding of what referendum is and how referendum works? Referendum is a political process which entice the people to vote for or against self government. Now can they tell the general public those who are responsible for conducting a referendum in a state? is it not the constituted government that conduct the referendum ?
Coming to Anambra election.  I think the decision of the IPOB to boycott the election is totally a nightmare as boycotting the election would never be supported by any rational and reasonable mind at home. I think the best thing Nnamdi kanu should have done is to use his power as their leader to adopt a political party and field a pro Biafran as their flag bearer. Believe you me, there is no doubt that their group will triumph over every other political parties. Now if they secure Anambra state Government House and in 2019 they do same to other Biafra states. This will help Biafra to secure their states politically so that when ever issues of Biafra is raised in federal level,  they will surely advocate for BIAFRA..
WHY IS THIS NECESSARY?
It is very important because even if Biafrans shout referendum from now till eternity, without having control over the political system of their territory, they are just chasing shadows. We have equally heard from them that by boycotting election UNITED NATIONS will know they are serious. But hear it clear now. Even if the United Nations want to look into Biafra matter,  they can never meet any of those boys shouting on the streets rather they will work through an existing Government institutions
Having a disorganised leadership as we have now in Biafran  political environment, they can never subscribe  to self government because of all their looting in the system. So now how can one achieve something out of these people?  Besides , even if  Nnamdi Kanu group did not come out for the election, definitely there are thousands if not millions of people in Anambra who will surely participate in the up coming election…. So my people let us wake up from our slumber and join hands to develop Biafra land politically and economically just like the CATALONIANS.  So that we shall have both political and economic power so that even if biafra comes we shall never lack..
So I call on every sensible Biafran to neglect the call for election boycott and think ahead on how to put a pro Biafra on seat to facilitate what we are agitating for.
NOW SECURITY ALERT!
Information reaching the Customary Government has it that federal government have deployed battalions of security personnel / soldiers for the up coming election. Therefore my advice to Anambarians and youths is to coordinate and respect themselves throughout this election week and aftermath….. Any one who decide not to participate in the election, please kindly stay at home but if you must exercise your franchise on that election day, please  do that.  Never try to disrupt the election. AGBASIA ÓSÓ,  AGUA MILE…. He who has ear, let him hear…
I am Ngwu Victor Bright.
Media Assistant to the Administrator, Customary Government of Biafra.