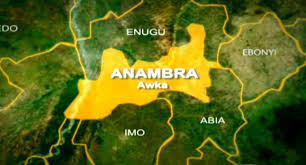 Based on intelligence and past atrocious behaviors of disgruntled INEC officials, APGA is strongly aware that “Fulani Government of Nigeria”(FGN) is determined to rig Anambra State gubernatorial election in favour of APC.

They must be resisted by all means necessary. It is an open secret that if Anambra falls to APC, alaigbo will be in ruins.

Yes, APGA had fought FGN and her armed political bandits before and won in the last four gubernatorial elections.

In November 6, 2021, Soludo and his party henchmen encircled by sympathetic political die-hards are entrenched in the dog-eats-dog election warfare or tactics.

It is completely insane and utterly illogical to say no election in Anambra State, because the alternative such as appointing neurotic self destructive lgbo haters, the likes of Joe Igbokwe or Hope Uzodinma as Administrator will be terrible for the state to bear. The consequences of either appointing an administrator or rigging election for APC, will spell economic and political doom, including establishment of RUGA in the state.

Absolutely, Anambra State is better off re-electing APGA than chasing men with no integrity and their demonic shadows of making Anambra great slogan offered by APC.

IPOB ought to join hands to ensure APC does not steal the political desires of men and women of Anambra State to reelect an APGA governor.

Yes, there must be an election in Anambra State and APGA must win.