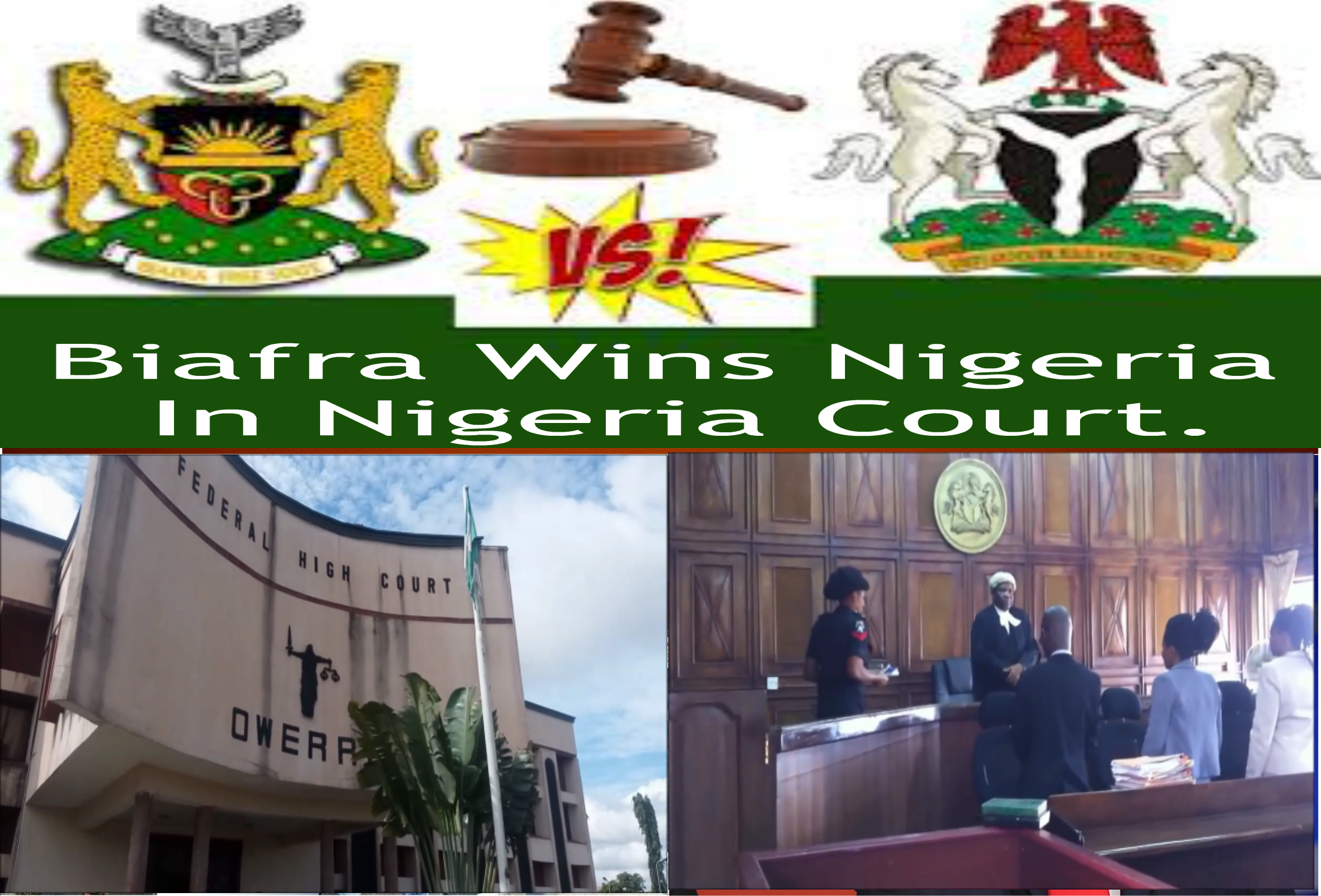 The Legacies of Biafra Conference held at SOAS of the University of London 21 – 22 April 2017 has been described as very successful. Please find attached the Lecture delivered by Barrister Emeka Emekesiri at the event. The Conference has thrown up certain matters which the Biafrans have been advised to attend to in their quest for self-determination. At the moment, two ideological differences have emerged, namely:

1. The first ideological strategy is the pursuit of self-determination by due process of law consisting of legal, political and diplomatic methods. By this methodology, the core Biafran activists are advised to take over the political power in the whole of Biafraland and put Biafran activists in the Government Houses and Houses of Assembly. With their millions of activists they can use their vote to put any of the Biafran activists in power. They can then pass the Biafran Bills into Law in their Houses of Assembly and create the Biafran Government by Law at regional level first. This is the first stage of the Struggle for Independence. The second stage is for the Biafrans then to decide by a Referendum whether they will pull out entirely from Nigeria and gain total independence or continue to govern themselves as Biafrans within Nigeria. At the first and second stages of the strategy, there will be some diplomatic meetings and negotiations with the Nigerian authorities and the powerful countries in the International Community for the final pull-out. This strategy is advocated by Barrister Emeka Emekesiri, the Solicitor for Indigenous People of Biafra and the vision bearer of the legal methodology of self-determination which he commenced with the case between Biafra and Nigeria in the Federal High Court Owerri. To lay a proper foundation for this strategy, the vision bearer and those who believe in this method have activated the political structure called MOBIN (Movement of Biafrans in Nigeria) in alliance with the United Progressive Party (UPP) which they have adopted as the Biafran National Party just as the Scottish activists have the SNP in the British politics advocating for the Independence of Scotland. The challenge the Biafrans have now is to install hardcore Biafran activists in power who can use the State Power to their advantage and speed up the Biafran project.

2. The second ideological strategy is the boycotting of the elections in Biafraland and abstaining from all involvements with the Nigerian politics and law. The proponents of this methodology believe that the Nigerian Constitution is fraudulent and therefore every election under the fraudulent Constitution is a continuation of enslavement in Nigeria. They do not believe in obtaining self-governance as Biafrans within Nigeria first before pulling out from Nigeria entirely. Those who believe in this method said that if the Biafrans boycott the elections, abstain from the Nigerian politics and resist the fraudulent Constitution, Biafra would come. They have not explained how Biafra would come but they sincerely believe that Biafra would come by divine intervention if we boycott the elections. They have no answer or solution or clearly defined methodology to achieve Biafra but believe that God will cause Biafra to come by miracle if we boycott the elections, census and voters registration going on in Biafraland now.

Two figures have emerged with these ideological differences. The first figure advocating legal, political and diplomatic strategies is Barrister Emeka Emekesiri while the second figure advocating the boycotting of politics, elections and rejection of legal method is Mazi Nnamdi Kanu. Barr Emekesiri has explained that there are three ways of getting independence for a nation, namely: (a) Military method, that is, war and violence; (b) Political method, that is, engaging in politics and passing the Bill of Referendum or Bill of Independence into law and creating the new nation by law; (c) Judicial method, that is, by using the powers of the Court (national or international court) to declare the peoples right to self-determination and carving out their territory by Court Order. It was by the Order of the International Court of Justice that Bakassi was carved out from Nigeria and given over to Cameroon.

The Biafrans were told to boycott the elections in 2015 by the Radio Biafra broadcaster so that Biafra would come but Biafra did not come. The boycott made President Goodluck Jonathan to lose the election to General Mohammadu Buhari. We are now crying for allowing the Moslems to take over power with which they persecute us today. Also the Biafrans were told to boycott the census in 2006 by Ralph Uwazuruike and now we have become the minority region in the official records held by the world bodies for Nigeria.

All the Biafrans are free to choose the method they want to believe and follow. They don’t have to attack one another. Any person who is interested in identifying with this cause by the rule of law consisting of legal, political and diplomatic methods is advised to reply this email and confirm his or her acceptance. The person is advised to contact MOBIN Directors by email at mobinbiafra@protonmail.com; or mobin.freebiafra@gmail.com; or visit their website at www.mobin.ng

There is no need for the Biafrans to quarrel among themselves. We have decided to re-organize the movement and re-strategise for the final battle of wits. It is now the battle of the brains. Much noise has been made. Time of noise-making is over. The noise-making was good and has served its purpose in creating much awareness. We believe that we will beat the Nigerians in their own game just as we have beaten them in the Federal High Court Owerri where they have no good defence. The Solicitor has informed us that the case in Court has legalized the Biafran Struggle and purchased judicial immunity for all the Biafrans. While the case is pending in Court, the Biafrans have the right to govern themselves under Customary Law until they pass the Biafran Bill into law in any of the Houses of Assembly in Biafraland to create a statutory Government of Biafra at regional level.

Any person who has not got a copy of the Lecture delivered by Barrister Emeka Emekesiri at the University of London is advised to write to Indigenous People of Biafra by email to ipobiafra@yahoo.com and request for a copy. In the Lecture, he proffered the best solution to the Biafra-Nigeria conundrum. This is another formula he has invented to solve national problems just like the other formulae he has created in Nigeria including the formula for the Petroleum Industry Bill currently before the National Assembly which the Northerners have opposed.