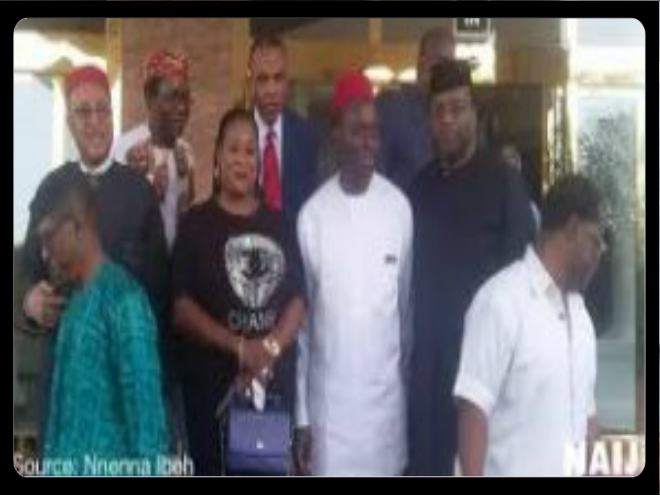 While the purpose of the visit is not yet clear at the time of this report, it was gathered that the visit was made under the umbrella of Nzuko Umuna, a coalition of Igbo group.

Sources said that the group cuts across all the major groups in the South-east including those in diaspora.

Secretary General of the Lower Niger Congress, Tony Nnadi, who was part of the visit was quoted as saying that the group would work with all aggrieved Igbo groups

Nnadi said: “We have announced a process, on January 1, 2017, the LNC rolled out a registration of three million volunteers who want a referendum.”

“The matter now is how to put a date for the referendum and go to vote.”