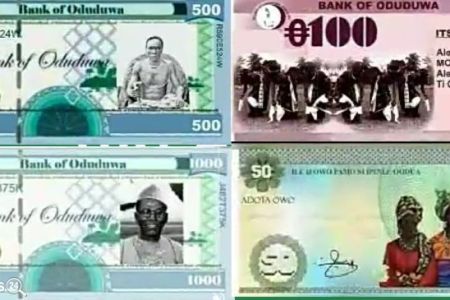 The attention of the Yoruba World Congress (YWC) Delegation to the MNN Alliance has been drawn to a Statement dated September 24, 2020, purportedly issued Jointly by the Indigenous People of Biafra (IPOB) and a nascent organization described as Yoruba One Voice (YOV).

While it is acknowledged that the fast degenerating situation of Nigeria should be of concern to all and that it is within the Democratic Rights of anyone or Group to express concerns or take positions on such issues, the YWC wishes to alert the General Public that the said “Yoruba One Voice” is not known to or affiliated with the Yoruba World Congress and that the impression created by the aforementioned Joint Statement about some working relationship involving the Yoruba Nation are untrue and misleading.

For the avoidance of doubt, the MNN Alliance which involves the South and the Middle Belt and with which the YWC is associated, is coordinated in the Eastern Half of Southern Nigeria by the Lower Niger Congress.

It is one thing to Desire or even Agitate for Oduduwa Republic or Biafra Republic; it is another to have a Potent Plan that can deliver the Self-Determination and Independence Desired.

The YWC and it’s MNN Alliance Partners believe that it is more important to Distill and Deploy a Plan that can Deliver Independence than to entertain ourselves with hollow chants of “We want Oduduwa Republic” or “Give us Biafra” and so are pursuing our Collective Objectives within a Clear Strategy and Roadmap now on the threshold of a Joint Multi-Regional Action in furtherance of the Alliance’s Repudiation of the Fraudulent, Unitary 1999 Constitution of Nigeria.