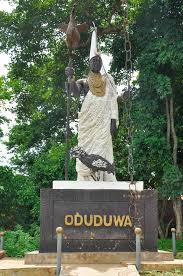 On behalf of the Yoruba Nation and all freedom lovers across the world we use this medium to inform the entire Yoruba citizens both in Yorubaland and in the diaspora about an impending rally that will take place immediately after the expiration of the constitutional force majeure which ends on the 16th of March 2021.

After this day, the Yoruba Nation, the Igbo Nation and other Nationalities that make up the middle belt and the south are no longer bound by the sharia infested decree called the 1999 Nigerian constitution that has turned the Yoruba Nation into serfs in the contraption called Nigeria.

We believe in a fundamental fact which is that Sovereignty belongs to the people. We as Yoruba people will no longer be passive in the face of persecution and subjugation by the feudal oligarchs of the North.

We therefore implore patriotic Yoruba citizens to be prepared for the mother of all protests immediately after the expiration of the Constitutional force majeure.

Sovereignty belongs to the people ✊🏾✊🏾✊🏾.