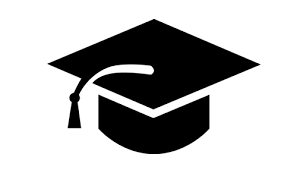 For asking what appears to the officials of the Federal Ministry of Education a hate-filled question, I was asked to leave the venue of the 19th Stakeholders Meeting on Unity Schools/Colleges.  The order came in such an uncharitable, direct and malevolent manner! It matched the same venom that gave vent to it. I was not allowed to pick up my files and say a few words to colleagues. I must leave, and leave immediately within split seconds.
What did I say?
Priscilla Ihuoma, the spokesman of the Minister has just announced what appeared to me, the information that brought me to Abuja. I was waiting for this announcement. I got it. I predicted the minister. She played into my hands. I had waited for an opportunity to share my thoughts on my hatred, opposition and stance against Unity Schools and the injustice in Nigerian education system. I missed the opportunity in 2016 and 2017 to present my views. Then, the meeting was a hushed one. This time around, we were told the meeting would drag to two days. And stakeholders who have views could easily share them as the Minister would entertain such.
Mrs Ihuoma, the announced the breakdown of the registrations for the 2018 Common Entrance Examinations. A total of 71, 294 young boys and girls were registered for the examination, a little shortfall from the 81,930 that registered in 2017. Lagos State hit the top with 24,465, FCT came next with 7, 699. Of  course you know why? Igbos in Lagos and FCT are included! Then, she murmured a well rehearsed statement: Zamfara 28, Kebbi 50, Taraba 95. These three states came first from behind.
She went ahead to tell us the obvious: that the nation has 104 unity schools; that most of these unity schools dont get up to their carrying capacity; A budget, running into billions of naira goes into their maintenance each year and that The Unity Schools take up to 45% of the budgetary allocation of the Ministry of Education.
I was bitter. I was overtly burning with rage and hate. I couldn’t wait for the question and answer session. I did all I could to get hold of the microphone and finally, I got to the aisle, looked directly to the raised table and heaved a sigh of relief. I glanced through my notes and let loose the canons:
Why do we have 12 Unity Schools in the East where more than 50% of candidates come from? Mr Minister, why are kids from Igboland not given admission to those Unity schools that don’t get up to their quota/carrying capacity? Honorable Minister, can you explain why A young girl from Imo state,seeking admission into any of the country’s 104 Federal Government Colleges (Unity Schools) must score 139 points out of a possible 300 to stand a chance of being taken. But her counterpart from Zamfara state only needs to guess two answers right?.Why does the young boy from Abia be denied admission even when he scores 198 while his counterpart from Gombe who merely wrote the examination ( but scored zero) is allowed to study in any unity school of his choice? Why do we have only 2 Igbo principals in the 105 Unity schools in Nigeria? Does this reflect intellectual preparedness or merely a reflection of the wishes of the leadership of the nation and that of the ministry? Why must the federal government set up a well funded advocacy team to persuade villagers, traditional rulers in North and clergy to encourage their citizens to send their wards to unity colleges while efforts are not made to accommodate thousands of kids from the East who are denied admission yearly. Our Minister, I hope you are aware that Last year, Nigeria’s four Federal Government Colleges did not produce a single candidate that scored five credits that included English and Mathematics, needed to gain admission into the university.
Hon Minister, i hope you are aware that, Federal Government Girls’ College, Bajoga (Gombe State); FGGC, Bauchi (Bauchi State); FGGC Gboko (Benue State), and the Federal Science and Technical College, Kafanchan (in Kaduna State) did not produce a single pupil with credits in English and Mathematics.
Honorable minister, I hope you are aware that In 2013, human rights lawyer and former President of the Nigerian Bar Association (NBA), Dr. Olisa Agbakoba, filed a suit at a Federal High Court in Lagos over admission inequality in Federal Government Colleges. The court declared as unconstitutional, the decades-long state-based, quota system admission into federal government colleges. John Tsoho, the trial Judge, in his ruling declared that the action of the Minister of Education in prescribing and applying different requirements for candidates seeking admission into unity schools is in violation of Section 42(1) of the 1999 Constitution. If this is the case, and definitely that is the case, Why, does the Minstry of Education under you refuse to adher to the court ruling?
Why does, Zamfara State, with 28 candidates for the 2018 common entrance examination have three Unity Schools, while my state of Imo has only two!!! Why do we have three Unity schools in Taraba ( that has only 95 students this year) while Enugu State has only two. Hon. Minister, I can go on and on to…
It was at this point that heavens was let loose. Stop there!!! Voices form the elevated table raged. It was amidst claps and jeers, heckles and clear disapproval from those whose benefits have been threatened; acclamation from those whose grievances have been let loose, that i was ordered and whisked away from the ICC, venue of the stakeholders meeting. No harm befell on me. I retired to my hotel room, got enough rest and made a Lagos-bound journey. I am sure, the organizers wouldn’t invite me to subsequent meetings. But who cares?
From  Dr. Modestus Ezenwa.