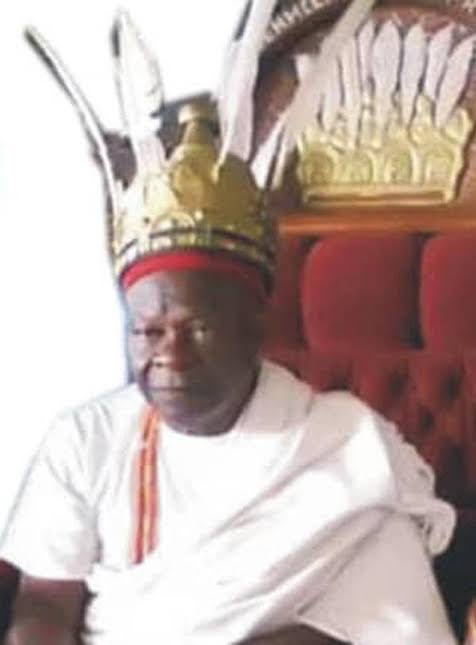 Preamble: Various civilizations of religions and/or nationalities had/have their individual and separate calendars. The Chinese, Jewish, Moslem and Indian calendars are some of the remarkable national/religious ones. The Chinese calendar bears some lunar semblance to the Igbo lunar calendar and therefore deserves a special mention.

Developed between 771 and 476 BC, it is based on exact astronomical observations of the longitude of the sun and the phases of the moon. It is therefore a lunar/solar calendar that is used to determine Chinese important festivals.

India’s 6th position as the world’s economic power, confirms that total acceptance of indigenous religious beliefs, does not necessarily negate achievement of the well-being of any group in the world. India’s dominant faith is Hinduism which includes worship of hundreds of gods including cows. Only 2% of Indian population is Christians.

Consequently, I can assert without any fear of contradiction that there is nothing to be ashamed of in preserving the traditions of our ancestors.

1.1. The Days of the Igbo Week: Iguaro is the ritual proclamation of Igbo lunar calendar (New Year) by Eze Nri (king of Nri) here in Nri, Anambra State, performed yearly, for the Igbo Nation over the past 1022 years, as the founder of Igbo days of Eke, Oye, Afo and Nkwo (all deities) which determine the “Izu” (4-day week) that add up to the “Onwa” (month of 7 native weeks) that yield the “Aro” (year of 13 lunar months). Aro is another deity by itself, again revealed to and controlled by Eze Nri. Aro has shrines in Nri. Anthropologists detailed how the four supernaturals (otherwise deities) of market days, were revealed to Eze Nri who controls them.

1.2. The Concept of the Year deriving from 13 Lunar Months: Before the British liquidation in August 1911, Nri had developed its concept of Aro – the year. First, as earlier stated, “Aro” is a supernatural force revealed to Eze Nri in the past; Nri then transformed it into a cycle of one year. “Aro” is divided into thirteen segments. Iguaro Eze Nri commences the year and usually falls around mid February of the Gregorian calendar. The thirteen months are named as follows:

The lunar system of calculating the year with a system of adjustment, were known to Nri priests of Alusi Aro. This used to help them in calculating the intervals between each lunar period and finding the directions during their travels and sojourn from one Igbo – village to another to execute their priestly functions.

The Proclamation of the Igbo Lunar Calendar – Iguaro
This is the exclusive prerogative of Eze Nri in Agukwu Nri, Anambra State. There are rituals that usually are performed in the holy of holies of Eze Nri as soon as palace astrologers sight the moon, Igbo weeks before the celebration. This is strictly a traditional worship affair involving all previous Eze Nri.

And so any Knight of any Church who is a traditional ruler and announces Iguaro festival about the same time as the Gregorian Calendar, January 1, should have his head examined for one of, or a mix of two forms of personality disorder:

(a) Narcissistic Personality Disorder (NPD) in which a person is excessively preoccupied with personal adequacy, power, prestige and vanity, mentally unable to see the destructive damage he causes to himself and to others in the process; and/or,

(b) Pseudologia Fantastica or Mythomania: pathological lying, characterized by the creation of eloquent and interesting stories, sometimes bordering on the fantastic, told to impress others. New lies are often needed to supplement the old.

Eze Nri institution, as the Custodian of Igbo Culture and Tradition, has over the years been able to achieve some form of broad cultural homogeneity for the Igbo nation by bequeathing following legacies to the Igbo nation and beyond:

The Igbo Market Days – Eke, Oye, Afor & Nkwo. These stretch even beyond Igbo land to Benin and Igala kingdoms;

The Igbo Lunar Calendar – 13 lunar months under the Super-natural, Aro. The institution proclaims the beginning of the Igbo lunar calendar every mid-February;

Agricultural Cycle – yam and its Ifejioku cult and other food crops including the cocoyam;

Title taking – Ozo and Eze with itinerant Nri priests traveling all over Igbo land under Nri influence and performing initiation rites and even beyond Benin and Idah;

Preservation and protection of the Sanctity of Human Life and the Dignity of the Human Person;

Attempted Unification of Igbo land under a Hegemony;

The Concept of All-kind and merciful one God;

Democratized Monarchical System of Governance – a democratic theocracy protected by religious sanctions (alu and nso) and preserved by cleansing whenever and wherever infractions occurred (abominations and the necessity for cleansing);

Eze Nri kingship is the oldest kingship tradition in Nigeria.

Despite the monumental recordings of Igbo history, particularly of Eze Nri dating from the 18th Century, South-West, South-South and northern Nigerian scholars have continued to assert that only village-based chieftaincy institutions existed in Igbo land.

It is important to note that renowned historians, archeologists and anthropologists, acceptable to scholars on the two sides of the informed divide – dated Nri kingdom; whereas each of the comparative kingdoms were studied and rated independently by various renowned scholars acceptable to the various kingdoms.

Sokoto Sultanate came into prominence with the successful over-running of Hausa kingdoms by the Fulanis in the Othman Dan Fodio’s successful Jihad concluded 1808.

Representatives of all Igbo groups are therefore enjoined to join, subject to Covid-19 protocols, in celebrating this Iguaro Ndigbo 2021– proclamation of the Igbo Lunar Calendar (New Year) 2021 at the Eze Nrienwelana II Palace, Nri, Anambra State on Saturday 20th February, 2021, commencing by 12 Noon.

Iguaro Ndigbo by Eze Nri helps to reassert the oneness of the Igbo; and endeavours also to refocus the centrality of Nri in the art and the science of governance of Igbo land, despite its attempted destruction in 1911 by a conspiracy of the early missionaries and the Colonial government.