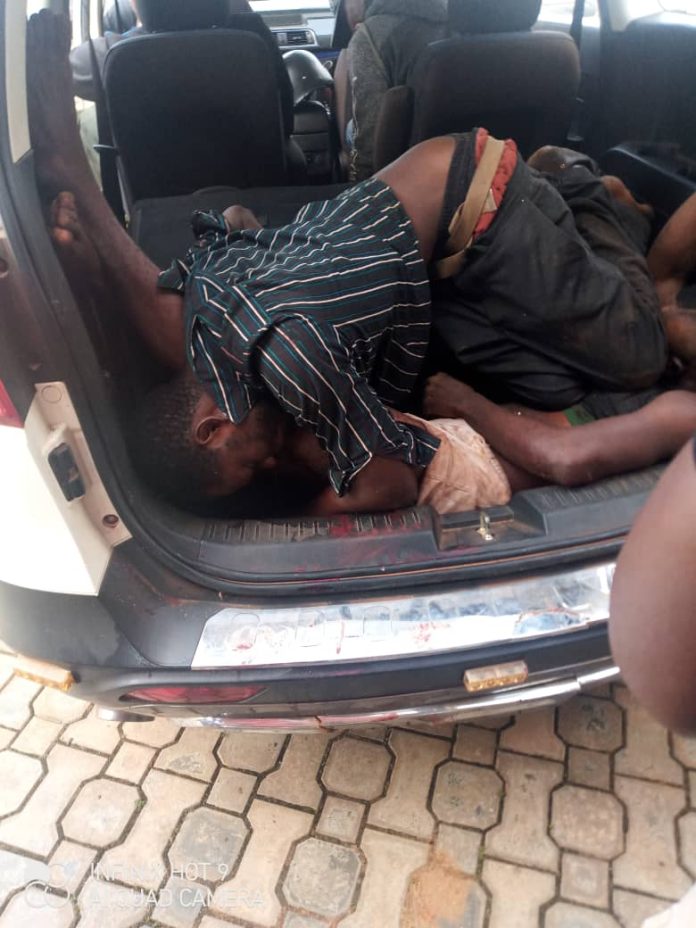 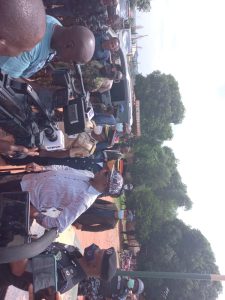 AWKA — Gunmen yesterday evening attacked the Awka Police B division located along Anambra state secretariat road, in Awka the Anambra state capital. The attack which started around 8 in the evening, left the entire capital city deserted, with rumours that the gunmen have overpowered and burnt Police B division, from where they moved to the headquarters of the Independent National Electoral Commission- INEC, which is just less than a minute drive away.

However, we can confirm that the attack was unsuccessful. While parts of the Police B division were razed by fire, no officer was lost in the combat. At INEC, only the collation centre and the storeroom were affected and till this morning, firefighters are still putting out the fire in the store, which is a detached small building adjacent to the INEC office main complex.

We also gathered that the gunmen gained entrance into the INEC complex through a hole they created by blasting a part of the fence adjourning an undeveloped plot. Aside use of explosive devices, the hoodlums use fuel to commit arson. Not less than four twenty-five liter gallons emptied of fuel were discovered in one of their vehicles, grounded by the law enforcement.

In all, the gunmen attacked with three unregistered vehicles; two Toyota Hilux, white and black, and one blue Ford Ranger. All three vehicles were grounded outside the INEC office complex. A Keke suspected to be one of the means they used for the attack was also grounded. Several arms including no fewer than six pump action, one AK47, IEDs, and many live ammunition were recovered from the attackers. No fewer than four of the gunmen were neutralized, while at least two have so far been captured alive.

In a press briefing earlier today at the INEC headquarters, the Anambra State Police Commissioner CP Chris Owolabi said the attack on the Police B division was not the target of the gunmen. “The attack on police B division was a decoy to attack INEC, so from there they proceeded to INEC and we engaged them and demobilized their three vehicles which made them scamper for safety and we recovered a number of firearms from them”, the CP said.

Speaking further, CP Owolabi noted that they are still investigating the matter and would not like to make comments that can jeopardize the ongoing investigation. And so he declined to mention how many hoodlums were neutralized or how many arrested so far. “Investigation is still ongoing. So when investigations are completed, you will get details”.

However, the CP stated that the police lost no one. “ I can guarantee you specifically that there is no casualty on the side of the police, it is a success for us, just that we lost a few vehicles in INEC, and part of our building was burnt in B division, and part of INEC office here. Otherwise, I would have said it’s 100% success but its 95% success, for us”.

In his concluding remarks, he assured Ndi Anambra to go about their normal businesses and report any suspected movements, noting that God is with Ndi Anambra and that all security agencies are working in synergy to reclaim all public space.

For Dr. Nkwachukwu Orji, the Anambra state Resident Electoral Commissioner, reacting to question as to if the attack would affect the conduct of the Anambra state governorship election coming up on November 6th, he said it is the Commission that will decide, not him. “Conducting the election is what the commission will decide. For now, there is nothing I can say to that effect”. He also confirmed that no staff was hurt in the attack.

A total of seven INEC operational vehicles were set ablaze by the hoodlums, and while four were totally damaged, three were partially damaged.