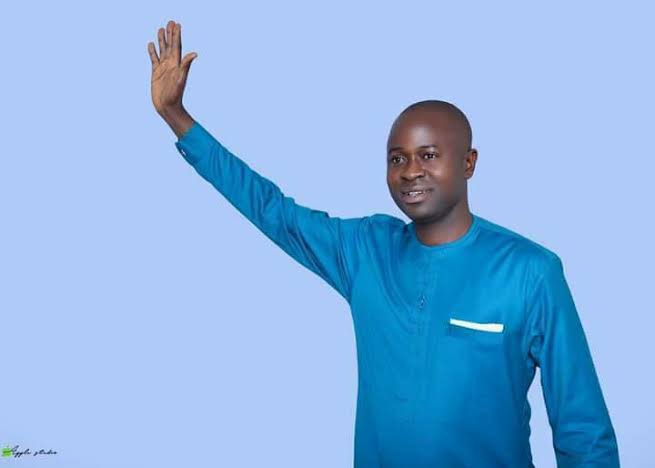 Chief Dr Godson Ezenagu, Ochendo Mgbakwu, Awka North, has told the press that a member of the HOUSE OF REPRESENTATIVES, who is a leader in APGA and founder, United Anambra Youth Assembly, U-AYA duped him of 43million naira in 2018.

Dr Ezenagu is the 2019 candidate of SDP in Awka North and South federal constituency. He was formerly in APGA where he contested for the ticket of the party but was clearly duped by the founder of U-AYA.

Speaking to the press, Ochendo Awka alleged that he paid the 43 million naira through bank transfers, cheques & CASH{Naira & US Dollars} and presented to the press some documents to support his claim.

According to some documents he showed to the journalists present, about 32 million naira was paid in tranches. It was paid into a company’s account named TUMMY FRND ENTERPRISE while 11million was paid in NAIRA and US DOLLARS. Investigation shows that this company was possibly registered and used to dupe unsuspecting party members from Anambra, Imo and Abia states.

The last payment was on October 7, 2018 where he again transferred the sum of 10 million naira into the TUMMY FRND ENTERPRISE Zenith bank with account number 1014672083.

This sums the total amount paid to Hon Chinedu Obidigwe by Chief Dr Godson Ezenagu to 43 million naira. Hon Obidigwe knowing that the deal was a scam used the accounts of his younger BROTHER, Clement Obidigwe and a fake company, TUMMY FRND ENTERPRISE to dupe Hon Godson Ezenagu.

Investigation shows that Clement Obidigwe is the younger brother to Hon Chinedu Obidigwe. He is a LAW STUDENT at the ANAMBRA STATE UNIVERSITY. His personal bank account was used to scam Chief Ezeagu the sum of 9 million naira.

Other individuals whose names appeared at CAC as proprietors of the TUMMY FRND ENTERPRISE are Anthonia Chinyere Obieze and Chimsimdi Christabel Chimamanda of same HOUSE 3, ZONE B, APO RESSETLEMENT, Abuja.

The objective of the company as registered with CAC is for GENERAL MERCHANDISE.

It was discovered after the checks at CAC that Mr ANTHONY CHIEJINA OBIEZE hails from ONITSHA. He is Hon Chinedu Obidigwe ‘s PERSONAL ASSISTANT{PA} and equally doubles as an aide to gov Obiano. He is Special Assistant(SA) to the governor on Parks & Markets, attached to the Office of the Hon Commissioner for Transport, Anambra State.

The above were various findings on how Chinedu Obidigwe used his younger brother and a fake company called TUMMY FRND ENTERPRISE to dupe Chief Dr Godson Ezenagu. The address, House 3, Zone B, Apo Resettlement which they used to register the fake company is under investigation to ascertain the true owner of the building.

From further enquires, the house is a 2 bedroom bungalow. It is doubtful if Mr Obieze or any of the proprietors of TUMMY FRND ENTERPRISE lived in the said building. Our Abuja correspondent has sent enquires/made applications to the FCTDA and other agencies to ascertain the onwer and why the house address was used to register a company which is being used to scam unsuspecting Nigerians. We still await their reply.

Chief Dr Godson Ezenagu has vowed to use all legal and conventional means to recover his money. Hon Obidigwe is a serving House OF REPs Member representing ndi Anambra EAST & WEST FEDERAL CONSTITUENCY who ordinarily should understand that Chief Ezenagu will continue to demand for refund within the ambit of the law.

Both Clement OBIDIGWE and onwers of TUMMY FRND ENTERPRISE should do the needful now as the long arm of law will not spare them.