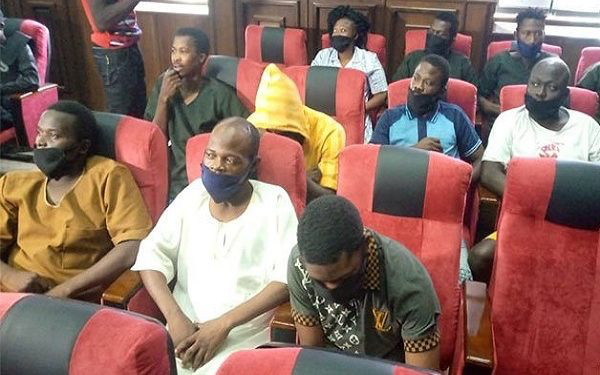 A Federal High Court in Abuja has granted bail to the detained 12 associates of Yoruba nation advocate Sunday Igboho.

Justice Obiora Egwuatu, in a ruling a moment ago, granted eight of them, whose bail application was not challenged by the Department of State Services (DSS) bail at N5million each.

Justice Egwuatu granted bail at N10million each for the other four, whose application was challenged by the DSS.

The judge also ordered each of the detainees to produce two sureties and directed they should remain in the custody of the DSS until they are able to meet the bail conditions.