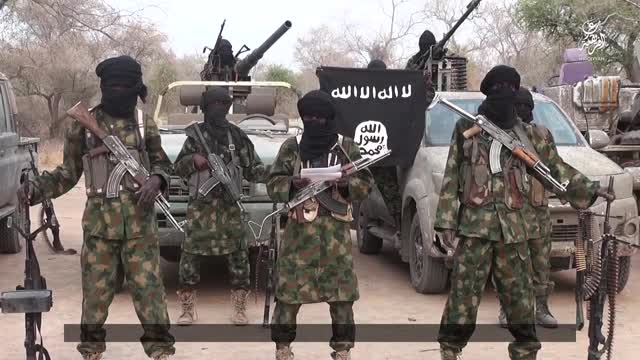 Boko Haram and Islamic State of West African Province(ISWAP) have appointed a governor for parts of Borno, denting official claim that the terrorists are not in control of any Nigerian territory.

The terrorists, who have accepted the leadership of Abu Musa Al Barnawi, son of Mohammed Yusuf the Boko Haram founder, appointed the governor under a new leadership restructuring by an Interim Council.

The group appointed a separate leader for ISWAP.

The governor, according to a report by PR Nigeria, was identified as Abba-Kaka.

He is the governor of Tumbumma, with jurisdiction over Marte, Abadam, Kukawa, Magumeri and other areas of the Lake Chad region.

Abba-Kaka will work with Abubakar Dan-Buduma as the Operation Commander, Timbuktu Triangle.

Abba-Kaka’s government has the structure of a normal government as it will impose taxes on fishing activities and farming.

It also has its own judiciary.

Baba Isa who was appointed to oversee Taxation and Revenue on Fishing activities was posted to Kangar in Abadam to relieve Abu Abdallah.

Ibn Umar is now Chief Prosecutor, Abu Umama becomes Amir of Tudun Wulgo, while Muhammed Maina is the Commander of Sabon Tumbu, among others.

PRNigeria further gathered that the Interim Council introduced Mobile Courts and some policies to harmonise all insurgents activities and groups under the leadership of the ISIS.

It has also established two Caliphates at Lake Chad and Sambisa Forest to to sustain its war against countries in Sub-Saharan Africa.

According to the report, the Interim Council has lifted the ban imposed on fishing and farming activities in the Lake Chad area, three years after chasing people out of Marte, Abadam, Kukawa and Guzamala, over alleged spying for Nigerian troops.

It nevertheless, imposed new taxes and levies in the areas controlled by ISWAP-Boko Haram, to regulate trades and agricultural activities.

Henceforth, members of the terrorist sect will be collecting N5,000 monthly from traders and farmers, while the fishermen will pay N2,000 per bag of fish among other levies.

Several fishermen, farmers and merchants have returned to the Lake-Chad area to engage in socio-economic activities, under the arrangement of the new ISWAP-Boko Haram Leadership, PRNigeria reported.