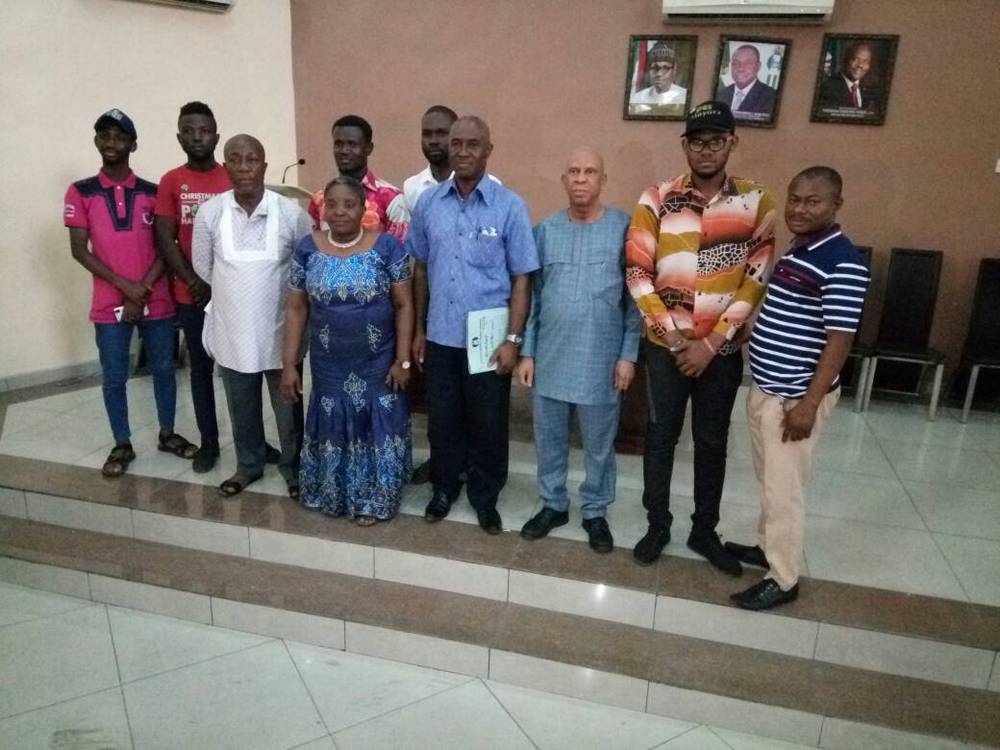 The Chairman of RSIEC, Hon Justice Chukwunenye Uriri (Rtd) who was represented by Prof James Jaja, Chairman Political Parties Monitory, stated this while having a meeting with Rivers State chapter of  OMPAN. Other executives with Prof James Jaja were Dr Anthony Nwiaudo ( Commissioner In Charge of Works And Field Service), Reginald Amadi (C.I of Transport and Sports) and also Prof Ekpette Uzioma.
The chairman of OMPAN Rivers State Chapter, Comrade Flamboyant Chidiebele Okoye  thanked and congratulated the newly appointed excos of RSIEC and also looked forward to a working relationship with the body especially during and after the June 16th election in Rivers State.
Prof James Jaja in his statement stated that the roles of the media are quite enormous and the RSIEC Chairman is determined to make sure the forth coming election is a success as all parties will be well carried along and the security of the adhoc staff will be the body’s primary obligations.
” OMPAN is very important in this coming local Government election and the  association should educate, sensitize and prepare the masses towards the forth coming election.” -Prof Jones Jaja added.
Prof James Jaja also thanked the Rivers State Chapter of OMPAN for recognizing them and looked forward for a more working relationship and also urge OMPAN to help in informing the masses about their roles in casting and participating actively in the election.
He also stated that OMPAN should endeavor to practice developmental journalism.