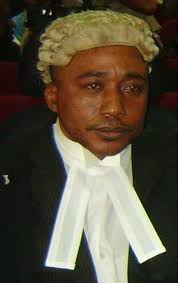 The coast is now becoming clearer on the road to the freedom of Biafrans in the Nigerian Federation.The reading Public can now identify the big masquerade behind the Biafra independence project.He is Barr Emeka Emekesiri operating under the authority of the Elders- Rtd Justice Eze Ozobu and Dr Dozie Ikedife and running the IPOB Customary Government.

It is necessary at this moment to constitute the work force that will drive the Biafra Project Phase 2. All the Biafran activists who believe in the legal methodology of self-determination consisting of the judicial, political and diplomatic processes are requested to get involved now. We require the following experts and areas of expertise:

The Biafran Independence Project must now be handled professionally. We shall consider experience and pedigree of the applicants and not mere paper qualifications. If you are qualified and experienced in any of the fields, and interested in working for the IPOB Customary Government in any capacity, please send your application with your comprehensive CV by email addressed to the Chairman through the following address:info@ipobgovernment.org; or ipobiafra@yahoo.com; As a matter of extreme urgency, we need capable and qualified leaders immediately who will coordinate the IPOB Town Hall Meetings in all cities and countries of the world. Due diligence checks shall be carried out on them and their personal details shall be sent to the Governments of the countries where they live including the Nigerian Government for their recognition.We cannot be in hiding but must engage with the governments face to face. Any person who desires to work for our Customary Government must be a man or woman of proven integrity.

In the meantime, we shall continue to render free services to the Biafran Struggle using our personal resources and any helps we can receive from friends and well-wishers until the re-organization of the movement is completed. Any person who is willing to help us with finances should visit our website at www.ipobgovernment.organd make his or her donations.

Other action plans will be explained later.Barr Emeka told newsmen that his first action plan will be launched in no distant time.