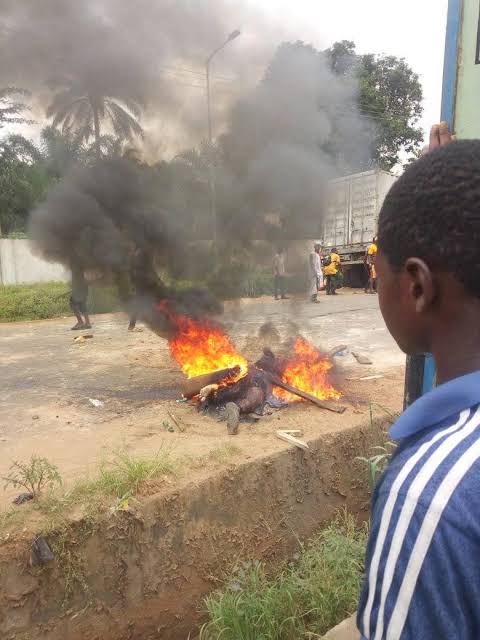 Some Bokassi Boys have been spotted in some parts of Awka, the Anambra State capital.Sources told our correspondent that the men were seen in two vans singing and warning criminals to stop their activities.

As of press time it could not be confirmed who invited the dreaded vigilance group.

But a source said the men killed six suspected on Monday.

“They killed and burnt four suspects at Nkwo Amaenyi. Mostly, those suspected to be cultists. They also killed two at Ifite , Awka. Those ones were suspected handbag and telephone snatchers.

“The Bakassi Boys came mainly for alleged cults, which had taken over Awka town without any response from the police. I think they were invited by traders.”

A senior police officer, who spoke on condition of anonymity, said some security men were in the state, but he failed to confirm their identities.

The source said, “That’s the only thing I can tell you for now; let’s see how things work out in days and weeks to come.

Bakassi Boys are usually armed with machetes and guns and an array charms worn around their body.

They have been accused of extrajudicial killings of suspected petty thieves, armed robbers, ritual killers, murderers, corrupt persons, and generally anyone they considered evil.

When contacted, the Police Relations Officer, Ikenga Tochukwu, said he was not aware of the development.

He said, “I don’t have any such details before me. Meanwhile I will make enquires please.”

Asked whether the police would be ready with such arrangement, the PPRO said ,”We are ready to work with any stakeholder in security.”