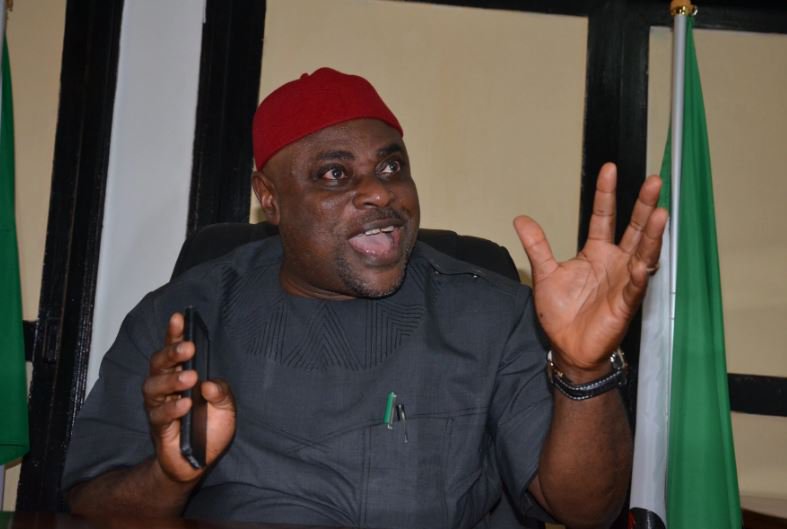 The national chairman of the All Progressives Grand Alliance, APGA, Chief Victor Oye has said that Governor Willie Obiano will be reelected with over 85percent of the total votes cast in the forthcoming governorship election in the state.

Oye, who spoke to our Reporter in his Amawbia country home, near Awka, boasted that APGA was sure of victory in the election as it was the only dominant party in the state.

The national chairman said every available indices point to a favourable election for the APGA, and it is not in doubt that it would win the election.

He said, “This election has been challenging and rewarding on for us in APGA. In all the places our campaign train has visited, you need to see the joy on the faces of the people.

“The APGA government in Anambra has delivered on its promises, and the message of hope is everywhere and the people are happy. We have visited 12 local governments so far since after the flag off of our campaign, and in all these places, we have registered huge turn out.”

He added that APGA was not afraid of any political party in the state, nor do they pose any challenge to the reelection of the governor on November 18.

“APC that you are talking about cannot get up to 10 percent of the total votes cast in this election and I am ready to bet on that. Our people cannot vote them because APGA remains the only thing Igbos can boost of politically.

“You can see how people have been decamping from their parties to APGA. Does that not tell you something? Ben Nwankwo, a member of the federal House Of Representatives recently declared for our party with numerous supporters.

“People are still talking with us to join the party and that is because they have read the political atmosphere and already know where the pendulum will swing, and once Governor Obiano wins the election, you will see a grand swell of activities, but we will keep all that in wraps.”

Speaking on the allegation that APGA has a hand in the crisis rocking the state chapter of the Peoples Democratic Party, PDP, Oye said his party has not contained activities in its party, let along meddling in those of others.

“We are not instigating the crisis in PDP, people have only seen the truth and they are acting on it. That is why you see their members trooping into our party, just like the lawmaker, Ben Nwankwo. I can tell you we are winning the election.”