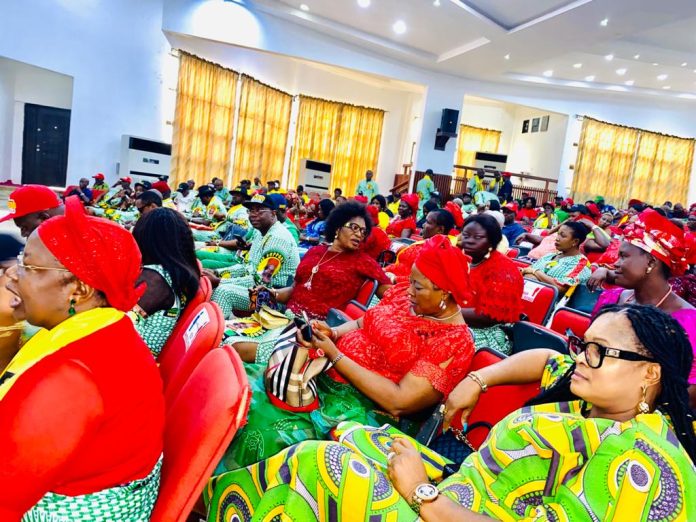 Our position remains that every election worth the name should be a contestation of ideas and values. This appears lost on many contestants in the forthcoming Anambra gubernatorial election, holding on November 6, 2021. One gets the impression that many believe that this election can be won through mudslinging, propaganda, character assassination and subterfuges.

But not so for Cee Cee Soludo, the frontline APGA aspirant. Soludo is everywhere, meeting delegates and stakeholders and giving a snippet of what to expect from his government. Put differently, he was asking about the issues in the ballot box, that is, in all these cacophony of voices and macabre dances of shame, what is in there for the people to gain, in order to make their lives better? The absence of rigours in the above respect bothers me, and I guess also bothers those who may play important roles in the impending leadership recruitment as either party delegates or voters or both.

On May 18, 2021 at the Prof. Dora Akunyili Women Development Centre, Awka where one of the support groups doled out a princely sum of N10 million to support his purchase of a nomination form, an emotion-laden Soludo gave the ecstatic audience inklings of what he has in stock for people.

He said that Anambra will be rigorously and holistically developed, such that a child born in Anambra may not have need to seek greener pastures elsewhere. To the loud ovation of excited hundreds of thousands of apostles, he assured that he will make Anambra State an oasis of prosperity. Not finished, he roared to the delight of the jubilant crowd that the world will come to Anambra and Anambra will go to the world. His job here is to build on the legacy projects of Obiano and the journey to our promised land may have begun, a promised land that will be the pride of Ndi Anambra where they can happily return whenever they are persecuted anywhere in the world.

In short, what he brought home to the audience is his overarching vision to transform Anambra to a Smart Megacity, where the energies and resources of one of the world’s most itinerant and creative people can be harnessed to build holistically, the most livable Smart Megacity that is the safest, happiest and most prosperous in Africa.

For Soludo, this is what the Election is all about, and these are what is in the ballot box for the good people of Anambra State.

We are yet to hear what his opponents want to do, but the decision as a delegate or prospective voter is easy – a choice between light and darkness. Hope you get our drift?