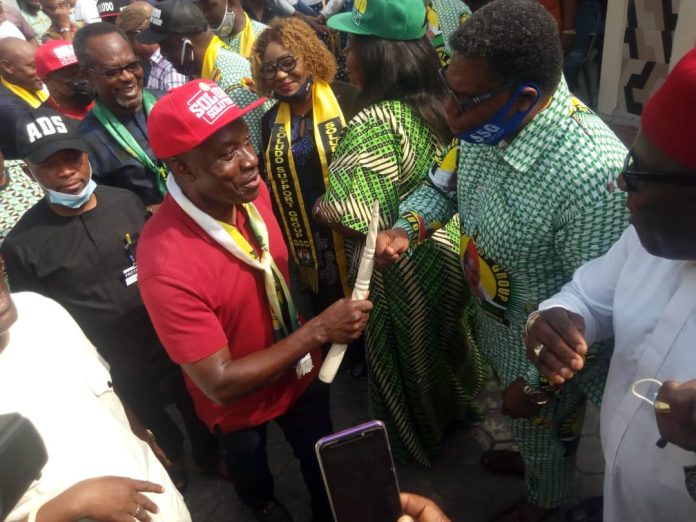 Onyendozi representing the good people of Njikoka, Anaocha and Dunukofia Federal Constituency at the 9th National Assembly, yesterday March 22,2021 at Prof Dora Akunyili Women Development Centre ,Awka said that APGA ward leaders are the engine room of the party because they are delegates to decide who fly the flag of the party

Onyendozi while describing ward leaders as engine room , said that there is need to look for a man who’s heart is pure as snow, a description he said that Soludo falls at its centre

Hon Nwankwo maintained that having worked as CBN governor, Pro C.C Soludo has every capacity it takes to be a governor of a state and Anambra is blessed to have such a man aspiring to be her Governor

He said that among people aspiring to emerge as APGA Candidate, that Soludo is at the centre to move the state to greater heights considering his National and International connections and level he has attained

Onyendozi concluded by asking Local Government and ward Chairmen , Secretaries , Women and Youth Leaders to consider even when other aspirants are also good , that giving APGA party’s Flag to Soludo will be the best Choice.

While addressing the leaders of both Local Government and wards, Prof Soludo said that as CBN governor, he has created jobs that lifted many families today which he said was as a result of creating CBN branches in South-Eastern States and given licenses to Microfinance Banks

He said if it will be possible,let the option A4 voting pattern be adopted for the party’s primary so that best candidate will be elected as party’s Flag bearer