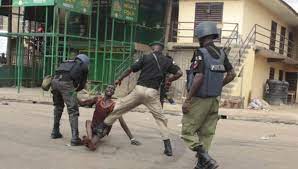 In a statement on Friday to mark its 60th year in Nigeria, Osai Ojigho, director of AI Nigeria, said “flagrant disregard of human rights” and “suppression of dissenting voices” remain issues of concern in the country.

“Not much has changed about human rights in Nigeria since 1967 and the concerns remain flagrant disregard for human rights, failure of authorities to protect the people, threats to human rights including the right to freedom of expression, suppression of dissenting voices and lack of accountability,” she said.

“Incessant killings and the stunning failure of the authorities to end them and bring suspected perpetrators to justice have been and continues to be a threat to the right to life in Nigeria.

“From the days of military’s heavy-handed rule to the years of civil rule and up to today violation of human rights by both state actors and abuses by non-state actors continue to be matters of concern.

The human rights watchdog also lamented the crackdown on protesters, saying citizens have the right to peaceful assembly.

“While facing violations or policies that undermine people’s rights, Nigerians always resort to protest – and other peaceful means of seeking change,” Ojigho said.

But violent clampdown on protests remains a major area of human rights violation. Protest is not a crime and Nigerians must be able to assemble peacefully and express themselves without fear.

“We are concerned that the civic space is shrinking and the fear of violence by security forces and sponsored thugs are undermining the right to peaceful protest, and having profound impact on other human rights.”