Home Biafra News. We Are Not Part Of Your Proposal To National Assembly- Tony Nnadi 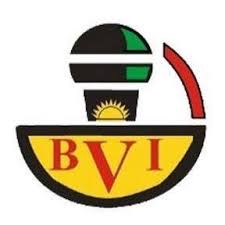 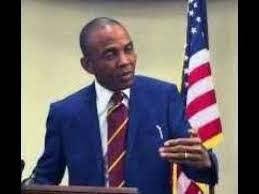 As the Countdown Continues on the 90-Day Notice of Grave Constitutional Grievances issued by NINAS CFM December 16, 2020, the Secretariat of the Nigerian Indigenous Nationalities Alliance for Self-Determination (NINAS) has in recent days been inundated with enquiries relating to a ‘Proposal for Restructuring Nigeria’ presented to the National Assembly by a group that styled itself “Eminent Elders Forum” (EEF).

*The General Public is hereby informed that NINAS is not in anyway involved in associated with or in support of the said EEF Proposal for Restructuring Nigeria.*

NINAS Posits that the Promoters of that Proposal to are merely struggling to drag the Process of the Inevitable Reconfiguration of the Damaged Constitutional Basis of Nigeria to the National Assembly for the purpose of helping the “Owners” of Nigeria to preserve the Union of Death that Unitary Nigeria has become to the Constituent Components especially the Peoples of the South and Middle Belt of Nigeria who raised the December 16, 2020 Union Dispute.

For the Avoidance of Doubt, the Proposition of NINAS for how the Fundamental Reconfiguration of the Damaged Constitutional Basis of Nigeria can be undertaken, is contained in the Closing paragraph of the December 16, 2020 CFM Proclamation where NINAS expressly adopted and incorporated the November 16, 2018 “OPEN MEMORANDUM TO PRESIDENT MUHAMMADU BUHARI ON THE RESTRUCTURING DEBATE” as its Detailed Proposition for Addressing the Grave Constitutional Grievances raised in the Union Dispute Declared December 16, 2020.

The Main Grievance of NINAS and the Peoples of Southern and Middle Belt Nigeria against the 1999 Constitution is the Egregious False Claim in the Preamble that “We the People” had “Firmly and Solemnly Resolved to Live in Unity as One Indivisible and Indissoluble Nation” and therefore “Made, Enacted and Gave Ourselves” the said Constitution.

Let it be recalled that the NINAS Predecessor Alliance, MNN, had in 2007 challenged the Legitimacy of the 1999 Constitution in Court on the basis the aforementioned Forgery and Fraud. To Date, the Federal Government of Nigeria has not found any answer to this Fatal Challenge on the Sole Legal Instrument upon which the Nigeria Union is Currently Erected.

Let us also recall that Prof Auwalu Yadudu, (Gen Abacha’s Chief Legal Adviser who was retained by the Abdusalam Abubakar Junta to preside over the dark room processing of the illicit 1999 Constitution) had in mid-2020 raised the alarm about the imminent Unhinging of the Legal Basis of the Distressed Nigerian Federation when Consultations were underway for the Constitutional Force Majeure. Prof Yadudu, more than anyone else, knows the Fraudulent and Untenable Foundation upon which the 1999 Constitution Rests. *NINAS has by the December 16, 2020 Joint Multi-Regional Constitutional Force Majeure, UNHINGED the Legal Basis of the Federation of Nigeria thus bringing the Distressed Union the imperative of EITHER Reconstituting OR Dismantling itself. NINAS has by its December 16, 2020 Proclamation, tabled an Orderly and Clear Framework by which this Inevitable Reconstruction or Dismantling can be Undertaken to avoid the Anarchy already Looming Over Nigeria.*

Interested Members of the Public may wish to read the Full Text of the CFM and its 5-Point Demands as published in the Guardian Newspaper of January 20, 2021 (Pages 38, 39, 40 & 41) and the Reconfiguration Proposition of NINAS as encapsulated in the aforementioned November 16, 2018 Open Memorandum to the President, as reported by the Guardian Newspaper of November 18, 2018.

The Position of NINAS is that there must be a Discussion and Resolution of the Sovereignty Question in Nigeria (which has been described some as the National Question) before the talk of Writing any New Constitution arises.

Having been engaged by NINAS on the Issues at Stake, it is our Suspicion that the EEF Promoters of the *Constitution-Writing-First Proposition* to the National Assembly are trying to help Nigeria evade the Discussion and Resolution of the aforementioned Sovereignty Question which the Caliphate-Owned Unitary Nigeria has been evading since 1967 but which the Constituent Components of Nigeria, especially in the South and Middle-Belt now insist MUST be addressed forthwith, in a Two-Stage Process that begins at the First Stage with a Process for Recommitment to Union (or Opting Out of Union) by way of Regional Referendums, before the Question of Constitution-Writing at the Second Stage, depending on the outcome of the said Regional Referendums.

This Two-Stage Procedure was clearly spelt out in the 4th Demand of the CFM Proclamation and *those jumping to Constitution-Writing-First are Clear-Minded in their desire to evade the Discussion and Resolution of the Question of whether or not the Constituent Components of Nigeria wish to remain in the Union of Nigeria as imposed by British Fiat of 1914 and as being enforced by the Imposed but now Repudiated 1999 Constitution.*

NINAS posits that the Desperate Attempt of the embattled enforcers of Unitary Nigeria to avoid and evade this Two-Stage Process (which holds the Key to Resolving the Grave Constitutional Grievances Raised in Union Dispute), is the main reason the EEF Promoters of the Constitution-Writing-First Proposition are throwing up their Proposal which also attempts to railroad everything and everyone to the National Assembly, which itself, is a Product of the Disputed 1999 Constitution.

NINAS further Posits that in seeking to address by Amendments, the Grave Constitutional Grievances being raised by the Constituent Components of Nigeria, the National Assembly is Illicitly Appropriating to itself our Collective Sovereignty thereby Compounding and Aggravating the Treason initiated in 1999 by General Abdusalam Abubakar against the Peoples of Nigeria, when he and his Confederates in the then Armed Forces Ruling Council Imposed the 1999 Constitution by Decree but Fraudulently by way the aforementioned Preamble, inserted our Collective Signatures on that Constitution as the Authors of our Damnation.

NINAS insists that 21 Years after, this Fraud of 1999 Must be Halted and Dismantled.