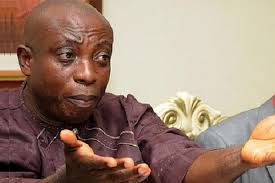 Leader of Biafra independence movement and movement for actualization of the sovereign state of Biafra (BIM-MASSOB), Chief Ralph Uwazuruuke has said that Biafrans in Nigeria are one of the major tribes in the country and therefore not minorities.

He said it was because the fulanis had stayed in government for a very long period of time and for that reasons tended to believe themselves as if they are majority in Nigeria .

The Biafran leader spoke during a zoom conference yesterday (tuesday) at the Africa – Middle East Regional Forum on conflict prevention and the protection of the human rights of minorities which was monitored in Onitsha, Anambra state.

The forum was convened by the United Nations Special Rapporteur on minority issues and organized by Tom Lantos Institute , in cooperation with a number of Regional Organizations.

In a statement issued by his Media Assistant, Elder Chris Mocha quoted the Biafran leader as saying that ” the fulanis used the military to come to power over the years and now they are in government again”.

Just by history, our people were amalgmated in 1914 by one Lord Lugard between the northerners and southern protectorates ; that marriage he insisted had never worked.

Since that 1970 till date, the people of Biafra of about 50 million of populations were schemed out and excluded completely from anything governance in Nigeria.

Because of this exclusion, humiliation, intimidation and maginalisation of our people in Nigeria, we started again through non-violence the process of actualizing Biafra on 13th of September 1999.

Since then the Biafra agitators have suffered many casualities, so many of our people have been killed.

Up till today we no longer sleep in our various houses again because of the fact that we are still being pursued and chased by the armed fulani herdsmen who occupied our farm lands.
Our people can no longer go to the farm, the history is there for the global community to see what the people of Biafra are facing in nigeria”.

Uwazuruuke who was allowed only two minutes to speak whereas some participants spoke for about ten minutes urged the United Nations special rapporteur on minorities issues, His Excellency, Dr. Fernand de Varennes, to recognize Biafra as a sovereign state saying that during Olympic games and world cup tournaments, that we saw barage of countries and new nations that have been granted Independence in Europe and America without according same to Biafra.

Is it because we’re blacks ?Uwazuruuke queried the United Nations special rapporteur, stressing that the only solution to our problems in nigeria is the recognition of Biafra as a sovereign state.