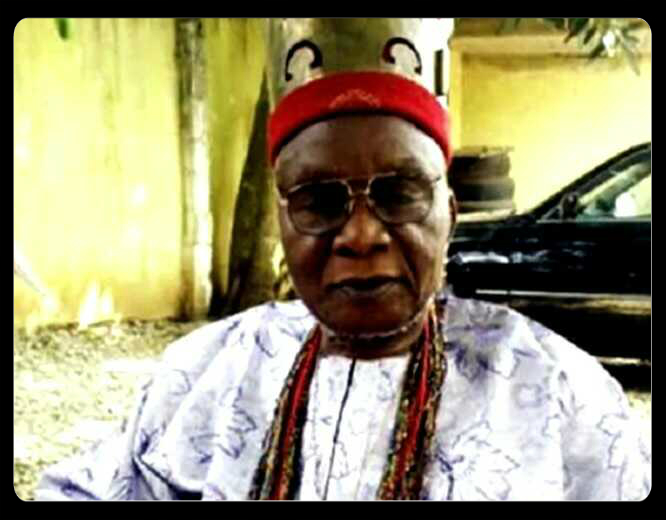 The traditional ruler of Afaraukwu Umuahia Autonomous Commu­nity and father of the detained director of radio Biafra, Nnam­di Kanu, HRM Eze Israel Kanu, has fingered the leader of the Biafra Independent Move­ment (BIM), Chief Ralph Uwa­zurike, as the architect of his son’s ordeals.
The monarch made the allegation during a chat with newsmen in his palace after the traditional marriage of his daughter, Princess Chin­we Kanu.
He said that Uwazurike was behind the continued de­tention of Nnamdi Kanu at the Kuje Prison, Abuja.
According to him, Uwa­zurike’s grouse with Kanu was because he had exposed his (Uwazurike’s) poor handling of funds raised by members of the Movement for the Actual­isation of the Sovereign State of Biafra (MASSOB) when he was the leader of the group.
The monarch also accused Uwazurike of tipping off se­curity agencies about Kanu’s movement before they arrested him in Lagos upon arrival from London in 2015.
The 84-year-old tradition­al ruler expressed shock that Uwazurike would sudden­ly turn against Kanu who he had pursued the Biafran agen­da with.
He therefore asked Ndigbo to hold both the Federal Gov­ernment and Uwazurike re­sponsible should anything untoward happen to Kanu.
The monarch, who said his health had continued to dete­riorate since the arrest and detention of his son, appealed to the Federal Government to release his son to prevent his (fa­ther’s) early death.
He insisted that his son committed no crime to war­rant his continued detention, saying that people have the right to self-determination if they no longer feel comforta­ble in their present association.
Meanwhile, IPOB has ac­cused the South East gover­nors of showing no commit­ment to the struggle for the release of Kanu.
It expressed sadness that the governors have refused to identify with Kanu’s cause whereas their counterparts in other geopolitical zones always speak out on any issue affecting their subjects or region.
The Zonal Coordinator of the Lion Zone of IPOB in Ik­wuodia, Port Harcourt, Rivers State, Mr. Emeka Mbamarah, made the allegation at weekend during the traditional wedding ceremony of Kanu’s younger sister, Princess Chinwe Kanu at Afaraukwu Ibeku Umua­hia, Abia State.
He wondered why no gov­ernor from the South East had considered it necessary to visit Kanu at the Kuje Prison while they are junketing round the country to honour birthdays of some politicians responsi­ble for Nigeria’s woes.
Source: The Authority Newsapaper