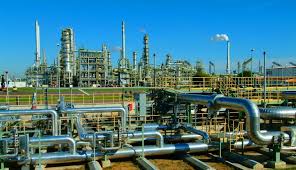 They laid pipe from the place they called Niger Delta to Niger Republic. They said it was to sell gas and industrialize the North, but today we now know better.
It is not worrisome to people, even those in the so called Niger Delta that ordinary Niger Republic will be selling fuel to them.
I served in Bayelsa. I have never seen the type of deprivation I saw there elsewhere in this contraption. A people that for many years have contributed their all in feeding Nigeria fat.

I will never sound to please anyone.

It is unfortunate that what worries these people is to safeguard a meaningless name their slave masters gave them. They shout we are Niger Delta, while they are being raped mercilessly. Tell me why there should be refinery in the North and even faraway Niger Republic, neglecting those that own the oil.

They rape you and set you against your brothers. If we open mouth, you claim someone is after your oil. Which oil, I am forced to ask. Is it the same oil in my backyard? Don’t you know that there are oil everywhere in the places they erroneously called South East? And don’t you know that lots of places they called South South are inhabited by Ndị Igbo and those places also have oil?

I know you don’t know, because they have for 50 years denied you History and used their lying media to confuse your brains. Now instead of standing against those that have impoverished you and polluted your lands, you are there hating those that are demanding justice for everyone. You claim you are being begged. You are simply ignorant and unthinking.

Keep being fooled by the Foolani North with one Nigeria. You think they believe in One Nigeria. These people know too well that Nigeria will soon end and they are seriously preparing for that day. They are looting and seriously building the North. They are preparing for that day, while your own leaders are busy killing themselves over who will become a deputy to a Northerner.

At times I wonder if you guys think at all. I get it, Igbo is the problem. Are they not the people that made Nigeria to start buying oil from Niger Republic. Pity yourselves.