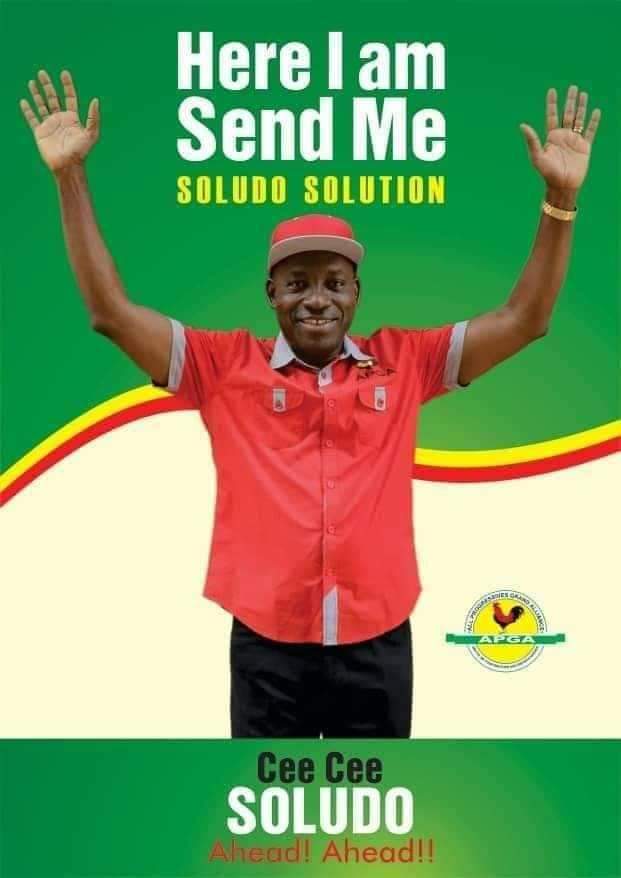 Today, Wednesday, June 23, 2021, the All Progressive Grand Alliance, APGA, will hold its primary election to determine who becomes its flag-bearer for the November 6, governorship election

Professor Chukwuma Charles Soludo, CFR, has demonstrated to Ndi Anambra that he is the most READY and fully PREPARED for this daunting task of building on the gains of Obiano’s administration and taking Anambra State to another greater level

For the records, let’s evaluate the following salient facts:

Cee Cee Soludo is the only APGA aspirant that embarked on consultation tours/visits to LGAs and Wards across the length and breadth of Anambra state, familiarising and presenting himself to party members and the great people of Anambra

He is the only candidate with known and verifiable self-funding Support Groups numbering more than 30, who have been clamouring and demanding that he contest the governorship election for the past two years

Cee Cee Soludo has also shown LOYALTY and FAITHFULNESS to the extreme, to the APGA party. He has remained a dedicated and irrevocably committed BoT member of the great party for years

He has also contributed immensely to the growth of APGA by committing his energy, time and resources in building the party for the past decade

Political pundits have also argued that for APGA to retain Anambra state and win the November 6 governorship election effortlessly, they need to field a strong candidate like Cee Cee Soludo based on popular demand and open acceptability by the vast majority of Ndi Anambra

His candidacy has also drawn the entire focus of the global community to Nigeria and by extension Anambra State; as they watch for his emergence as the next governor of Anambra state !

*Therefore, to OUR DEAR DELEGATES, the hour has come, and the man is Ready! Let’s do the NEEDFUL!!!*

*THE PEOPLE OF ANAMBRA ARE WAITING!!!*