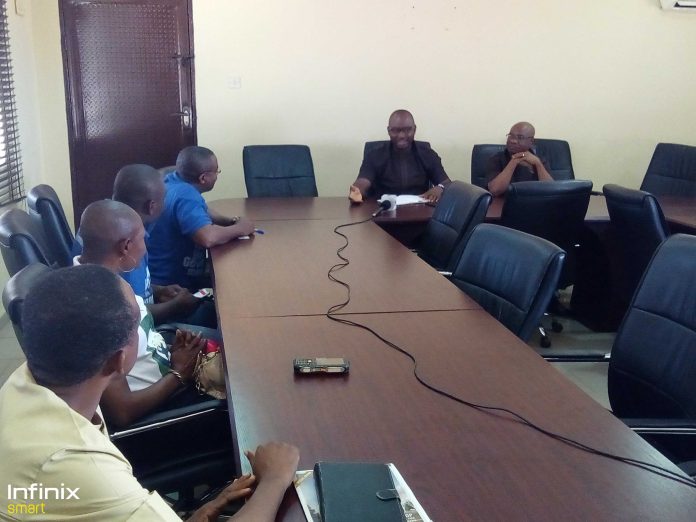 The Coordinator of OurMumuDondo Movement,Anambra State Chapter has commended the Independent National Electoral Commission for extending Voter Registration till Friday 31st August,2018.Comrade Ndubuisi Anaenugwu calls the people of Anambra State to see the extension as an opportunity to increase the number of registered voters to 3.5 million. He stated further that the Anambra People should use the voter registration  to prove to the rest of Nigerians that they are more than the present national population figure credited to the State and that the people of the State have the capacity to chose their  political Leaders.

Recall that OurMumuDondo Movement has stormed INEC Offices nationwide demanding that the continuous voter registration be extended to December ,2018.In a letter addressed to Professor Mahmood Yakubu and personally signed by the Leader of the Movement –Charles Oputa (CharleyBoy),the Movement stated that by virtue of Part III,Section 9(5) of Nigeria’s Electoral Act,2010,which states that ‘The registration of Voters, updating and revision of the register of voters under this section shall stop not later than 60 days before any election ’ .Also,Anambra State Chapter of OurmumuDondo Movement led by Comrade Ndubuisi Anaenugwu stormed INEC Office in Awka to register her displeasure and dissatisfaction over the proposed 17th August deadline. 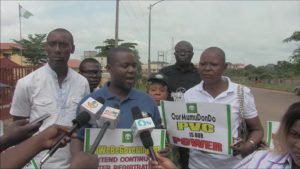 Comrade Anaenugwu and Leaders of the State Chapter of OurMumudondo Movement addressing newsmen at the INEC Office,Awka.

INEC prompt response to the wishes of the people has shown her readiness to serve the general interest of the electorates in line with her mandate of conducting a free, fair and credible election in Nigeria.

The Anambra State Chapter of the Movement has pleaded with the Resident Electoral Commissioner-Dr Nkwachukwu Orji to ensure that the registration processes across the 21 Local Government Area within the next two weeks are seamless without official bottlenecks. The Movement will be at various registration centres in the State to ascertain INEC readiness to live up to the public expectations. Comrade Anaenugwu cautioned that OurMumuDondo Movement in the State will mobilize all the frustrated electorates to demand for further extension should the need arises. Note that OurMumuDondo Movement has launched a mass campaign in Abuja-NaWeBeGovernment to return political power to the people. Call 08036247812 to join the movement.