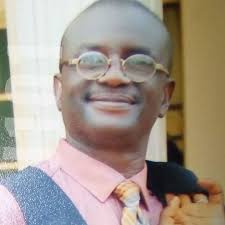 Sometime in 2014 I was on a private visit at the Asaba home of the late Biafran warlord,the Hannibal,the Air Raid, Joe Achuzia. In the midst of our discussion,he had asked a questions: ”who is an Igbo? Is it someone with an Igbo name? Or one occupying one position or another mearnt for Ndigbo?”

Recently,a new political deception has hit the so-called South-East,Nigeria: politicians with 2023 eyeballs are emerging from every nook and cranny claiming to say what they are saying.do what they are doing,share what they are sharing, jump where they are jumping,organize what they are organizing,think what they want,FOR THE LOVE OF NDIGBO!!! Hahahaha!

Many of them imagine we have abandoned our memories at obsolete,moribund and archaic museums. They think we have forgotten how they have treated us in the past 2 decades. Those who have kept quiet till the 3 arms of government in Nigeria became (for the first time) hijacked by on small tribe are claiming to love Ndigbo. Those who kept silent as all the security architecture in Nigeria became the exclusive preserve of one part of the country.now say they love us. Love nwa ntinti.

How can those who have stolen us dry, destroyed our educational system(while they send their children to school abroad), kept our healthcare in decay (while they take their dogs abroad to access cure – before COVID-19) say they love the Igbo?

Consider this example as an example of Igbo-love.On May 27,2017,as part of my 50th birthday celebration, I organized an intellectual discourse titled ’50 YEARS AFTER BIAFRA:WHICH WAY NDIGBO?’ I hired a public hall,WDC,Abakaliki and paid 85,000 naira for it. I cooked food for about 500 guests,printed invitation cards and invited responsible and patriotic Nigerians to come and discuss their own issues! Then the unbelievable happend! A Governor sent about 30 druged and drunken youths early on that day to assault us out of the hall,with my guests from within and outside the state already on their way. i was humiliated, assaulted, injured,traumatized and terrorized! what was my offence? Daring to discuss Biafra! In Alaigbo? Well,that’s the way the cookies crumbled! I lost my money,my plans to provide a platform for Ndigbo to talk, and also an opportunity for young people to get counsel from their elders! But who would tell our leaders,nay dealers,that although not every Biafran is Igbo,every Igbo is Biafran? How can men and women driven by selfish interest claim to love us? How can politicians with rapacious and kleptomaniac mind-set suddenly begin to bandy and brandish Igbo-interest because of the lure for (Vice)Presidency?

Does it mean that the restructuring that is at the front-burner in the polity does not mean anything to them? Although I have no problem with nor anything against having a Nigerian President of Igbo extration,are we assuming that such a person is all that Ndigbo need to be free from the systemic and brazen injustice that has been institutionalized in Nigeria. This beggarly demand to have an ‘Igbo President’ under the current structure,would only benefit that person and his or her cronnies and booth-lickers! Anyone who wants to be President should go ahead but let the person not use love-for-ndigbo as a bargaining chip. Where has such love been in the past when such people where Governors, Senators,Chairmen,etc? God is not deceived. Whatever is sown is what shall be reaped! As Bob Marley sang ‘you fool some people sometimes,but you cant fool all the people all the times. Now you seen the light,you better stand up for your rights’!!! Abi our mumu never do? Majority of the current politicians in South-East are the greatest haters of Ndigbo! By the way,if it is about IGBO PRESIDENT and not SOUTH-EAST PRESIDENT,I hope that Ndigbo in RIVERS and DELTA would not be excluded or de-Igbolized??? It does not matter if it is Papa Deceive Pikin (PDP) or Anti People’s Confraternity(APC)