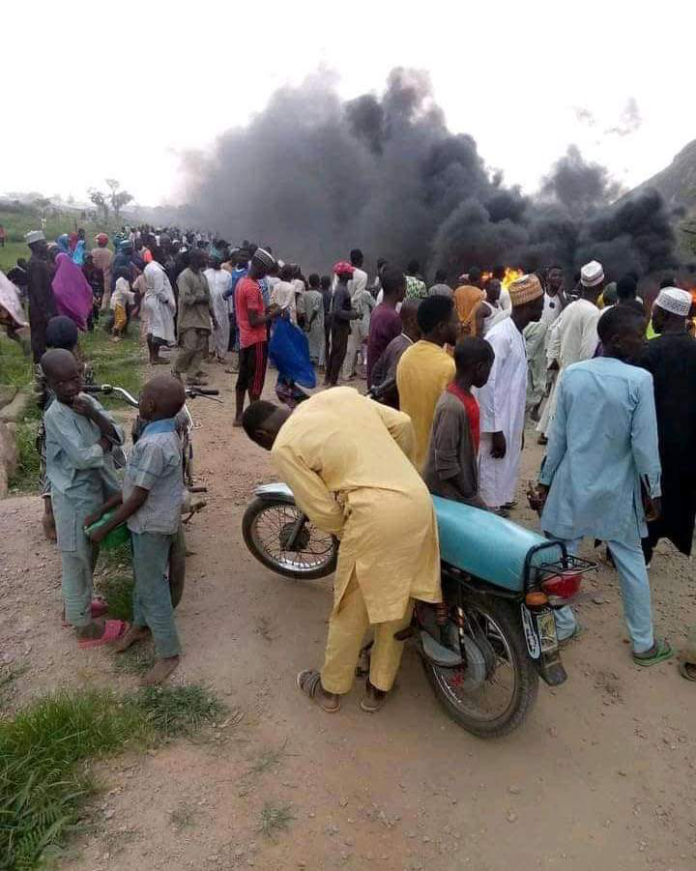 A source, who spoke with SaharaReporters, said the bandits invaded the village on Wednesday in an attempt to abduct some villagers but youths armed with weapons rose up to the occasion and pursued the criminals.

The bandits reportedly hid in a rock close the town and the youths, who went after them in a bid to capture them, surrounded the rock.

Unfortunately, a company which houses its staff in the area had contacted some soldiers who, rather than ask questions, shot at the youths gathered at the place, the source said.

According to him, three persons have been confirmed dead while 10 of them sustained serious injuries and have been taken to the hospital.

Villagers have now surrounded the rock demanding the arrest of the kidnappers and had set a portion of rock ablaze.

“The youths went after them and surrounded the rock but there is a company inside the rock. When the company officials saw the young people gathered outside, there was tension and they immediately called the attention of the soldiers to the situation, thinking the youths were kidnappers.

When the soldiers came, they just started shooting people. As at now, 10 people are in the hospital, three people have been killed.

“The kidnappers are still inside the rock and the people of the town said they will not leave until the soldiers arrest the kidnappers and hand them over to the villagers.

“The villagers have insisted they will remain there till their desires are granted. They (the youths) have set a part of the rock ablaze.”