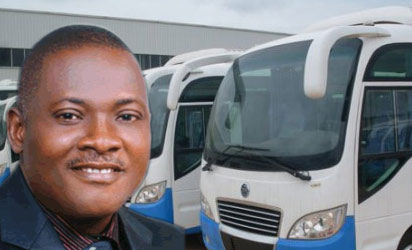 INC made their position known in the issue in a release to Vanguard in Owerri. The group also alleged that the a bank was involved in the process that led to the arrest of Chukwuma. It went further to say that after the 48 hours deadline and Chukwuma was not released that it would commence a global campaign to call on the Igbo people to start closing their accounts in the bank. In the release, “The Igbo National Council (INC) have read and followed the story of the arbitrary arrest of Innocent Chukwuma – Chairman /CEO Innoson Motors by the Economic and Financial Crime Commission (EFCC) without formal official invitation by the commission.

“Since we heard about the sad news, INC has made several contacts with prominent Igbo elites and major stakeholders in Nigeria to sample their opinions on the matter. “INC wishes to reiterate that Innocent Chukwuman’s arrest was ill motivated and bone out an orchestrated conspiracy by a political cabal in collaboration with the management a bank to intimidate the Chairman / CEO of Innoson Motors. “Consequent upon the above, INC therefore call on the Economic and Financial Crime Commission (EFCC) to unconditionally release Innocent Chukwuma within the next forty (48) hours from now. “Failure to release Innocent Chukwuma within the stipulated time frame, INC will commence a nationwide campaign to call on the Nigerians of Igbo extraction to close their account with the bank.
SOURCE :VANGUARD