Home Politics I’m Ready For a Debate with Buhari- Atiku 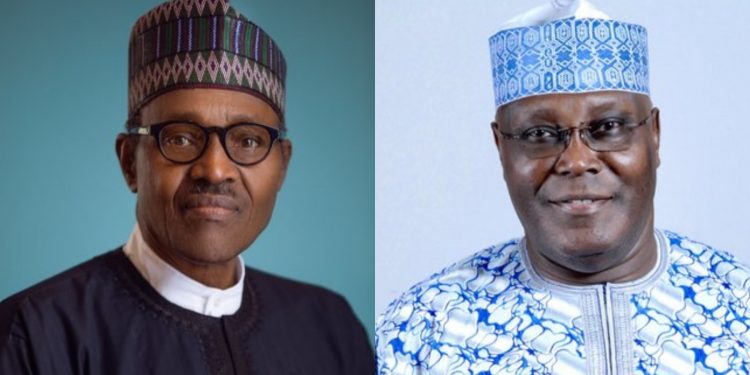 ABUJA- Ahead of the 2019 general elections, Presidential candidate of the Peoples Democratic Party, PDP, Atiku Abubakar has expressed readiness to share the podium with President Muhammadu Buhari to debate issues of governance. Atiku who stated this Friday while addressing the 81st National Executive Committee, NEC, meeting of the party also tasked party leaders and supporters to work hard to ensure victory at the polls.

Calling on leaders and members of the party to imbibe the lessons of the 2015 electoral setback; Atiku stressed the place of reforms in the repositioned PDP, adding that victory is a possibility for the party, if it goes into the polls as one indivisible group. He also lauded the National Working Committee, NWC, for displaying financial transparency in the running of the party affairs. He said: “I am ready to debate Muhammadu Buhari,” he began to the applause of the capacity -packed NEC Hall. “After the convention in Port- Harcourt which was the most credible convention I have witnessed since the formation of this party in 1998, we witnessed a lull. It is time for us to pick up the momentum again. “Earlier this morning, I had the opportunity to be invited by the NWC for the first time in the history of this party.

They showed me details of income expenditure of all the money realised in the convention. I have never seen such fiscal responsibility by any political party. “I said to them, that that has posed a very big challenge should we win and we must win the Presidential election, and we will have to enthrone the best fiscal responsibility this country has ever known or ever seen, simply because our party has given us that leadership. “If we work together, I am convinced without any doubt that this election is for us to win. We have build up so much momentum after the Port Harcourt convention but we also witnessed a lull of the momentum. It is now time for us to pick up the momentum again until we land in Aso Villa. “Yes, we lost elections.

We have learnt our lessons and because we have learnt our lessons, we embarked on reforms. The reform committee which was headed by the Deputy Senate President, Senator Ike Ekweremadu did an excellent work.” On his part, Saraki tasked members of the party to stay united, adding that the PDP has the experience to bounce back to power in 2019. He said, “The people are with us and when the people are with us, God is with us. “I emphasize that we must stay strong because it is not going to be easy. Let us remember that when we were going for the convention, this room (NEC hall) was vibrating.

“There was tension in the country and people never believed that it was possible because it has never happened where people will go to a primary and come out without even one person saying, I don’t agree. It has never happened even in governorship talk more of Presidential primary. “I have said it many times that APC is not our opponent on the ballot paper, it is the security agents that are our opponent on the ballot paper. “If you talk to 10 Nigerians today, they will tell you that yes your party is popular but they will rig. What does that mean? We must stand, we must stand for free and credible election. We must stand for an election where people have the right to vote.

Election cannot be credible when you have a practice that two days before the election, they will start looking for opposition leaders in their houses to arrest them; that must stop. “And let it not be that there will be no Nigeria after the election and as such we must fight for a free and fair election. He called for reconciliation across states chapters of the party ahead of the elections. “Please let us go and reconcile our states,so that we can all work together and give support to our Presidential candidate,because as I said, our own ambition is small when compared to the ambition of this country.

“People are suffering, there’s poverty in the land, there’s insecurity in the land and as I keep saying and I will keep on saying, you cannot give what you don’t have. What this country needs now is someone that understands what it takes to bring food to the table; a man that understands what it takes to unite Nigeria and provide security. “Let the man that does not have it leave the place and let the man that has it come in and do it,” he added. Speaking earlier, national chairman of the PDP, Prince Uche Secondus challenged President Buhari to a public debate with Atiku saying, the nation will not accept debate by proxy. “We challenge President Buhari to come out and debate with our candidate.

He should not use proxy, ” he said. He called for the resignation of the Inspector General of Police, Ibrahim Idris and the Independent National Electoral Commission, INEC, chairman, Professor Mahmoud Yakubu, accusing the duo of plot to manipulate the electoral process in favour of the ruling party.

Meanwhile , a mild drama played out at Wadata yesterday just as Atiku was called upon to address party leaders gathered for the 81st NEC meeting of the PDP. Just as he cleared his voice to speak, an unidentified voice from the audience said, “Jubril must go,” to which Atiku beaming with smile responded: “Which Jubril? The one in Sudan or the one in Abuja?” The capacity-filled NEC hall reeled in laughter for close to a minute.

The social media has in recent months been treated to a rumour of the existence of a Jubril, supposedly of a Sudanese origin, in the corridors of power. Prominent members who graced the meeting included governors Abdulfatai Ahmed (Kwara), Dave Umahi (Ebonyi) and Ifeanyi Okowa (Delta) states; Senate President, Bukola Saraki, Deputy Senate President, Ike Ekweremadu, former governor of Ekiti state, Ayodele Gators and ex-Kogi state governor, Ibrahim Idris among others.

Also, the PDP yesterday inaugurated it’s Presidential Campaign Council in Abuja with secondus as chairman while Atiku was named co-chairman. National Publicity Secretary of the party, Kola Ologbondiyan is the Director, Media and Publicity of the campaign Council.