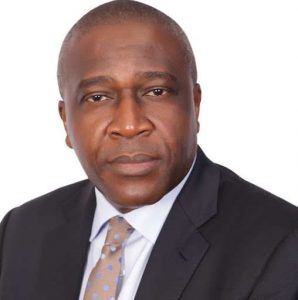 Chudi Offodile, a former House of Representatives member played a key role in the November 18, Anambra governorship election. In this interview he shared his views on a number of issues including the governorship poll, South East politics and chances of APC in the next election.
Anambra election has come and gone, but some are still making some insinuations as to the real reason APGA won landslide. What do you think?
The governor won the election square and clean. And of course, any objective observer or analyst would have predicted that he would win the election convincingly because of the great achievements he made in his first tenure. Once you have an incumbent seeking re-election and then you have a divided opposition, clearly the incumbent will have a clear advantage. Secondly, APGA has become entrenched in the politics of Anambra State over time and Governor Obiano consolidated on that. There was no real threat to his re-election under APGA. So, his victory at the poll was obvious and predictable.

You said there was no real threat but we saw former governor Peter Obi coming frontally to attack him. We also saw APC weigh in with federal power. Are you saying all those factors did not count?
APC had a good candidate in Tony Nwoye. And of course, Oseloka Obaze of PDP was also a good candidate. But it was not about good or otherwise of the opposition. It was basically about who and what they were up against. No matter the hype that was introduced into it, it was clear that victory was tilting the way of the then APGA candidate. Federal power was the machinery that would have been used to manipulate the election but that was not possible. Talking about Peter Obi and the PDP, of course, Obi forfeited the leadership of a party he had built up in conjunction with some local forces when he left for PDP.  Those local forces did not leave with him and I am sure he is aware of that. There was just no way he could have destroyed the very structure that made him governor; that is my view anyway.

Some claim that APGA’s victory was made possible by the quantum of money it shared among voters. Did money play any role?
I will not hold brief for APGA or the governor on that. But I was in Anambra during the election and it would be really unfortunate if people try to claim that the influence of money played a major role in re-electing the governor. For quite some time now, the issue of Igbo nationalism has been quite strong and what played out was, to a very large extent, a desire of the people to maintain some kind of identity within Nigeria. It had nothing to do with money, and in any case those who won their various primaries, how did they even emerge? Did they run on the platform of ideologies, did they emerge as candidates in their various parties using cowry shells? Those who complain about money would surely know more about the use of money in politics. Therefore I will not join them in that chorus.

Talking about this identity issue some claimed that python dance exercise by the military few weeks to the election played a role in making people feel that they also had to stand against wherever the federal government was. Do you see that as a reason?
That is a possibility but the truth of the matter remains that even President Buhari was clear in his belief in free and fair election. His body language did not indicate that he posed any real threat to that prospect in Anambra State. So, I don’t think that it was a critical issue at that point. I think that broadly, if you place APGA against PDP and APC for instance, you would see that when it comes to identity politics within the context of the recent nationalism that has enveloped our politics; APGA was a clear choice for most of the people. There just was not any real contest. Of course the campaign was boisterous, APC had a strong youthful candidate, PDP had an experienced candidate, UPP had Osita Chidoka who is also a good candidate and that was it. In terms of the perception and understanding of the people of the state, the choice was clear early enough. But of course, in politics nobody really believes he will lose an election until after the election. What is important is that when APGA won in the entire 21 local governments and almost all the wards in the state, the other candidates were surprised that they lost even in their own wards and local government. If it is possible for somebody to use money to buy your brothers, relatives to vote against you, then there is something really wrong and it cannot be just money that is my view.

Were you surprised that UPP, a party that you wanted to fly its flag came a distant fourth?
I was not surprised because UPP could not really define itself ideologically. And I don’t think there was any real clarity on what it represented. So they stood no chance of winning the election. It could not even convince the people. If they could not convince them not to undertake the boycott then they have no chance whatsoever.

So the party shot itself in the leg?
Precisely, it was just not going to do well.

Are you saying that UPP would have won the election if it had been redefined ideologically?
No. that is not what I am saying. I am just analysing what had happened and trying to look at how different parties positioned themselves. PDP had its own structures. They had former governor, Peter Obi and his henchmen , the daughter of late Dr. Alex Ekwueme as running mate, they had all kinds of political heavy weights around them. The APC had an incumbent member of the House of Representatives, Dr. Tony Nwoye, and a whole lot of other political heavy weights in the party backing them. For the UPP there was really no real membership apart from parading a good candidate and that was it .But, that wasn’t enough to convince people to rally behind it.

Does it mean that the party exaggerated its relevance?
The party could not define itself properly and once it couldn’t do that, it lost the opportunity to invade APGA’s political space.

When you say definition; is it related to the fact that the party gave impression that it was pro-Biafra?
If the party gave the impression that it was pro-Biafra, then the pro-Biafra elements accept it as being pro-Biafra. Did they convince the pro-Biafra elements to believe that they would represent their interest? Once they could not convince those elements to abandon the ideology of boycott of the elections and embrace the ideology of participating in the election, they had no chance because the party branded itself; it wasn’t the pro-Biafra people that branded the party. It was the party that tried to brand itself as representing those interests and if they couldn’t convince those interests, that was the first failure and they cannot turn around to blame the electorate for their inability to define itself properly.

It was a shock that you left UPP and aligned with APGA without a second thought. Can you explain why you did that?
Let me put it this way; I said that UPP had been unable to define itself properly and they lost the opportunity to invade APGA’s political space. Truly, both parties ought to be competing for the same space but UPP simply left the entire space for APGA to occupy, and that was what played out. If the two were competing for the same political space, it simply meant that both of them were ideologically compatible. There was not much difference between them ideologically. It should not be a strange phenomenon to see that APGA was a natural alternative.

The thought by some people was that APGA will provide you a better platform to contest for political office in 2019. Is that correct?
No. That does not even arise, perish those calculations, and leave those calculations out.

Some people suggested that Obiano lacked the capacity to transform the state, thus requesting for fresh ideas. Are such claims right or wrong?
The question is who offered new ideas in the campaigns even in the debate? Did anybody really came up with any new ideas? No! The campaign focused more on attacking Obiano’s personality and accusing him of all manner of things rather than providing an alternative vision. It was not just enough to bring down or attack the integrity of opponent or the incumbent. The issue really is what superior alternative do you have? If people cannot see clearly the alternative to what the incumbent offered, then it is always safer for the electorate to stick with the incumbent.

Many people have given credit to the President for the way he handled the election. Do you think he deserve the praise?
It is expected that when somebody does exactly what he ought to do, he should be applauded. It was nothing out of the ordinary; just the same way as payment of salary is applauded. The truth is a lot of states do not pay salary to its workers. This was what ought to be a normal exercise but it had become an achievement. In a situation where elections are regularly rigged and then you have a President who has an option of rigging it and decides not to, it is expected that people should applaud that even though it should be a norm to have free and fair election. You and I know that it was not quite a normal thing to have free and fair election and that was why credit must go to the President for ensuring that it happened.

There are those who feel that APC will have a good outing in 2019 in the South East judging by what happened in Anambra. Do you think that will happen?
It is a little bit early because many factors are yet to crystalise. It really maybe too early to make predictions but it is in the nature of politics for people who desire votes to make amends or even woo the electorate and in this particular case the south east. The President visited Ebonyi and Anambra States recently, and his body language appeared to be changing towards the south-east. If this continues and nothing goes wrong before 2019, then the result of the election will not be as it was in 2015. But it is still too early to determine how these things will swing and of course the Presidents and his handlers should be really studying the situation carefully and try to deal with the issue appropriately.
From what Nigerians have seen and gone through in the last two years, do you share the view of some individuals that APC is still a party to lead?
I am not a member of APC. I think there are so many issues on so many grounds that you could fault APC since coming into power in 2015.