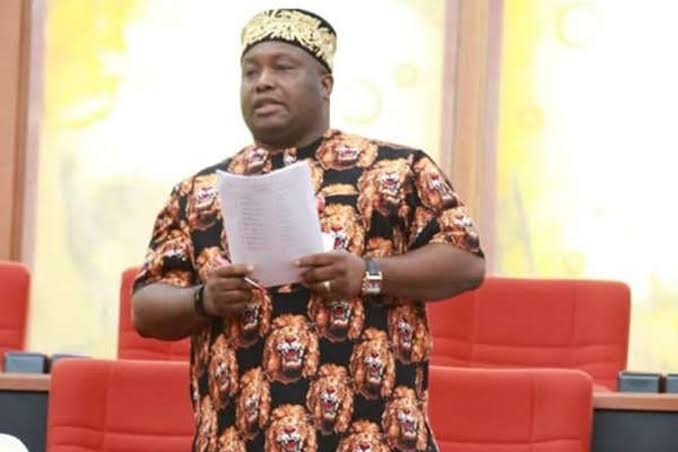 Recently, a section of the media was awash with allegations by the Senator representing Anambra South Senatorial District, Sen. Dr. Patrick Ifeanyi Uba that Anambra state Government officials were seen pulling down billboards he allegedly paid for.

In a press briefing to clear the air which was held yesterday, 22nd March, 2021 in Awka, the Managing Director/CEO of Anambra State Signage and Advertising Agency, Chief Jude Emecheta said that the agency does not deal with individuals but advertising firms.

Sir Emecheta pointed out that when Sen. Uba called him concerning the billboards, he redirected him to seek for advert companies which the agency can interface with.

” Billboards are managed by Advertisement Companies with strict supervision by ANSAA to avoid cluster and encumbrances.”

” So, when the firms Dr. Uba contracted came to the agency for approval, they paid for ten adverts and we approved the advertorials but the senator went against the agreed number and erected more than 10.”

” The board by Nkpor Old Rd is owned by ESMIC LTD.
NUMAC is in charge of the Bridge Panel between Upper Iweka and Head Bridge. We have an agreement with them and they complied.You can verify”.

Again, in front of the state library, Marketing and Media manages the board there and we had an agreement with them that the place approved for them cannot be used to run opposition adverts inside a government institution. Dr. Uba never mentioned to them that he is putting up a political advert .

Global Outdoor by Police Headquarters, Awka have outstanding with us, so no advert can run there for now .

Rokana by Savour Onitsha is owing the agency, all Rokana billboards are encumbered. No advert can run in their boards untill we settle with them.”

” By Immigration, all the billboards there were destroyed by miscreants. Even our own billboard was also affected. We don’t destroy anybody’s billboard. We don’t deal with individuals but advert firms “.

Speaking further, the Managing Director informed that the Senator still has outstanding with the agency following advertorials he used during his 2019 Anambra South senatorial election.

” We don’t want to run the same scenario we had with him
during his senatorial campaign. Senator Uba paid for only few political adverts but went ahead to flood the whole senatorial district with campaign/political posters. The agency billed him and sent the details to him. Till date, he’s yet to clear same. We cannot tolerate that again”, the MD declared.

In conclusion, Chief Emecheta warned other persons who are seeking to govern Anambra to always follow due process and avoid shortcuts.