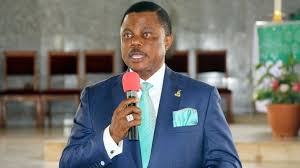 ANAMBRA State Government and the state Police Command have assured citizens of protection from the sit-at-home threat of the proscribed Indigenous People of Biafra.

This was as a group known as Igbo for a Progressive Nigeria condemned the every-Monday-sit-at-home order by the IPOB to prevail on the Federal Government to release its leader, Nnamdi Kanu.

IPOB had declared what it called ‘Ghost Monday’ in the South-East, starting from August 9.
The National Leader of the group, Lawrence Onuzulike, in a statement in Awka, Anambra State, on Monday said the proscribed secessionist group’s declaration was anti-Igbo, stating that it would adversely affect economic growth of Nigeria and the South-East in particular.

He said, “IPOB must not continue to oppress Ndigbo and add to their sufferings. Why must they force their fights and struggles on the entire Igbo nation?

“If governors of the South-East cannot protect the lives and properties of their subjects, then something is wrong. We call on the Federal Government to protect the lives of Igbo people if Igbo leaders are playing hide and seek.”

The group enjoined IPOB to engage in exercises that would protect the Igbo and not to always oppress and threaten their people.

However, the Anambra State Government and the Police Command said measures had been put in place to ensure that the people of the state would not be intimidated by any person or group.

The state Commissioner for Information and Public Enlightenment, C-Don Adinuba, said, “We won’t disclose our plans in the media, but I want to assure you that we have big plans to ensure that our people are free from any form of intimidation.”

Similarly, the state Police Command said there was no need for alarm over the threat.

The state Police Public Relations Officer, Ikenga Tochukwu, said the Command was committed to the protection of the people of the state.