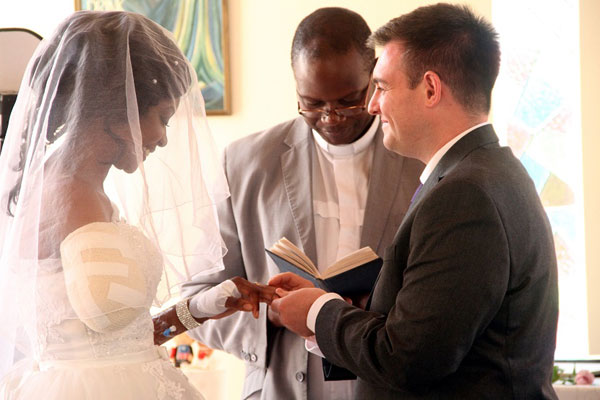 The woman who lost her arm in a terrifying crocodile attack days before her wedding has spoken of her ordeal.

Zanele Ndlovu was canoeing with then-fiance Jamie Fox on the Zambezi River on April 30 when a crocodile punctured their inflatable boat and pulled her into the water.

“I was just pushing and kicking and trying to fight the croc as much as I could,” said Zanele, 25, who was dragged under the water and bitten on her right arm and left hand.

“Eventually one of the tour guides managed to pull me out of the water and get me onto one of their canoes,” she added.

A guide then applied a tourniquet to her injured arm, which stemmed the bleeding while help was called.

Zanele was then airlifted to hospital in Zimbabwe’s second city of Bulawayo.
She responded so well to treatment that doctors gave the thumbs up for her wedding to go ahead as planned on May 5 – as long as it took place in their chapel.

“We didn’t see a reason to change our date so we went on with it,” said Zanele, who has been with husband Jamie, 27, from Orpington, Kent, for 18 months.

They plan to settle in Britain once Zanele has her visa – and a fully functioning prosthetic arm is also on their agenda.