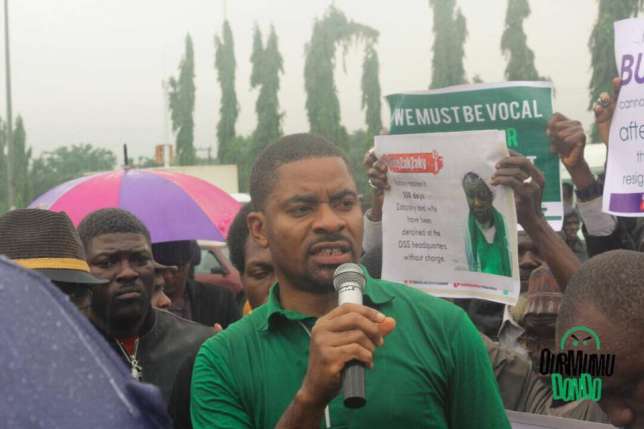 Officers of the Nigerian Police have arrested activist and convener of the Concerned Nigerians pro-democracy group, Deji Adeyanju.

Adeyanju was arrested at the Unity Fountain, Abuja on Friday, April 13, 2018, during the daily sit out in demand for the release of Shiite Leader, Ibrahim El-Zakzaky.

The group have, amongst other things, been demanding the release from federal government custody following court rulings for his freedom.

Adeyanju’s arrest comes few days after the Buhari Media Support Group called for his immediate detention over comments made by him on Channels Tv breakfast programme, Sunrise Daily against President Muhammadu Buhari.

The group, in a statement signed by its chairman and secretary, Austin Braimoh and Cassidy Madueke respectively, noted that during the programme, the politician claimed that President Buhari upon landing in the United Kingdom, was immediately whisked to a hospital.

BMSG noted that such “mischievous and obviously false statements” were capable of inciting unrest and instability in the country.

“Deji Adeyanju is notorious for his mischief and falsehood. He does this deliberately to incite the public. He is also known for his media consultancy with the Islamic Movement of Nigeria on whose platform he has called for civil unrest across the country against the government.

“He has also taken to the social media several times to make completely false statements against the government, most times implicitly calling for anarchy,” the statement said.

‪”If they don’t arrest me, then they are lily-livered,” Adeyanju reacted.

At a protest to the Villa on Thursday, April 12, 2018, human rights lawyer, Femi Falana, condemned what he called “a fragrant disregard for court judgements” by the Buhari-led Federal Government.

Falana further who called for El-Zakzaky’s unconditional release urged the group to continue with the demands and protests.

“When we were fighting for the restoration of democratic rule under brutal military dictators, I never thought that court orders were going to be treated with disdain by elected governments,”Falana said. 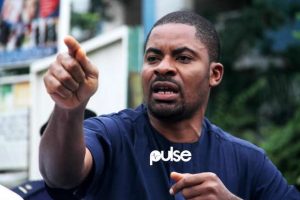 “It is particularly painful for me that court orders are disobeyed under the current political dispensation, whereas under the Buhari/Idiagbon military junta, court orders for the release of victims of the obnoxious Decree No 2 of 1984 were complied with.

“I urge you and other lovers of democracy not to allow the Buhari administration disobey the judgments of competent courts. Please continue protesting until impunity stops,” the senior lawyer admonished.

Adeyaju is currently being detained at the FCT Police Command as at press time.