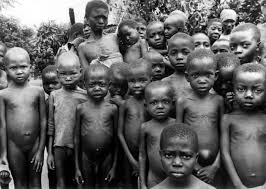 …says it was a hatched plan with Buhari

Movement for the Actualization of the Sovereign State of Biafra (MASSOB) has rejected the United Kingdom government’s offer for an asylum for its members, saying that what the group rather needed was referendum.

Rejecting the offer in a statement on Thursday, the pro-Biafra group said it was “an arrangee with President Muhammadu Buhari-led federal government to divert the attention of the people of Biafra.”

According to the leader of the group, Comrade Uchenna Madu, “It is part of the series of plans, President Muhammadu Buhari hatched with the British government against the emergence of Biafra,” adding “we don’t need British asylum because it is a Greek gift.”

He lamented that “the government of Britain is the sole architecture of the political, economical and religious problems of the people of Biafra in Nigeria even till today. They have not shown any remorse or apologize to the people of Biafra. Britain killed, maimed, mesmerized and wounded our fathers, mothers and brethren through the Hausa/Fulanis. MASSOB reject their asylum gift.

“Our unified resilient, resolutions and unshakable spirit of no surrender will continue to hunt down this geographical expression called Nigeria.

“MASSOB demands for referendum on Biafra not asylum.”