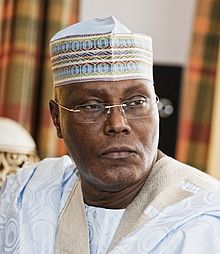 Atiku, in a statement on Wednesday, said he would be challenging the election result in court, as the contest was marred by what he called “premeditated malpractices” in many states across the country, which vitiated the result declared by the electoral commission.

In the statement entitled “Democracy Will Not Be Emasculated in Nigeria,” the PDP candidate expressed appreciation to Nigerians for coming out en mass to cast their votes during the presidential election. He reassured Nigerians that he would not allow democracy in the country to be weakened.