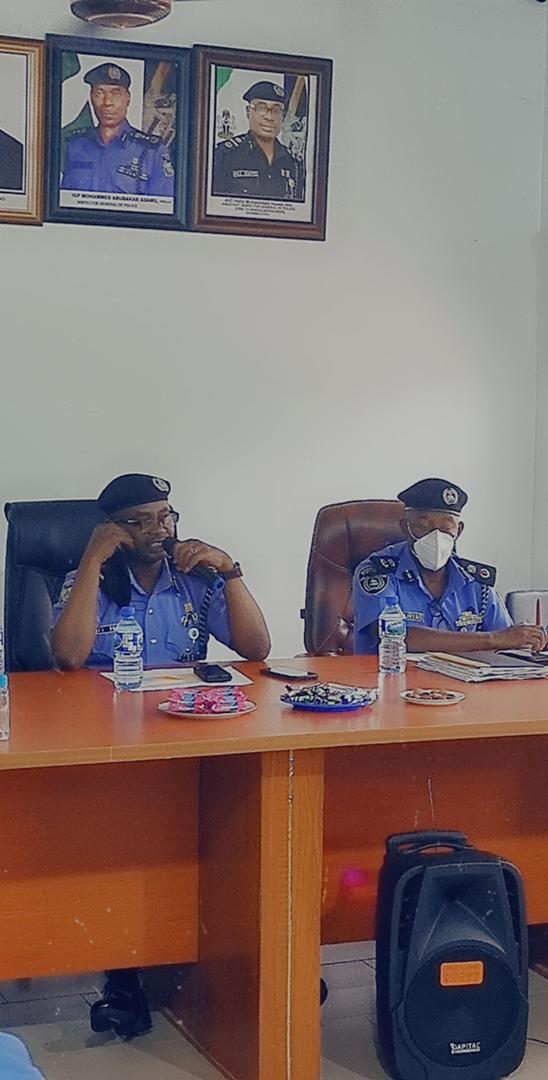 The Assistant Inspector General of Police; Zone-13, Anambra State, AIG Hafiz Mohammed Inuwa, mni has charged commissioners of Police under the zone to employ their men to be more diligent in the discharge of their duties of securing lives and property in their respective jurisdictions. This charge is coming on the heels of the nascent attacks on checkpoints and other Police facilities by unknown gunmen in Anambra State, an emerging criminal action which might extend to the neighbouring states if not fought headlong.

The AIG urged the officers to brace up and respond with superior vigor and morale against the emerging wind of criminalities in the Zone, as playing into their antics by way of abdicating our responsibilities could leave the society vulnerable and a safe heaven for outlaws. He also advised that the Commands embarks on ceaseless raiding of all identified Criminal hideouts so as to flushout all the disgruntled elements.

He advises parents and caregivers to watch their wards closely as all manner of crimes perpetrated in the society sprout through poor child upbringing. He employs citizens to remain law-abiding as the Police is poised to protecting lives and property in the zone, adding that the force would not fold its arms and watch hoodlums wreak havoc on Police lives and property; public facilities or citizens.

He thanks the Governors of Anambra and Enugu States for their continued commitments towards actualising and sustaining a peaceful environment through proper care and attention to the Police even as he reassures them that the Zone will not be reticent in the fight against any form of crime and criminality in the respective states.

AIG. Hafiz, mni charged the Officers to work with their traditional rulers, town union leaders, market leaders, Vigilante groups and various custodians of culture and tradition. On that note, the AIG pleads that they also cooperate with the Police in their respective domains as security is everyone’s business. He also frowned at the manner in which the Officers deliver their services which portrays them as people who are not Crime Fighters, adding that while they take proactive measures in fighting Crime, they should give zero tolerance to Corruption.

He beseeches youths to desist from cultism and allied social vices as these have never done anyone any good as their outcome has always been regrettable.

The AIG, finally reiterates the Zone’s commitment towards safeguarding members of the society, charging them to keep partnering with the Police as all hands are on deck to forestall future criminal occurrences in the Zone.