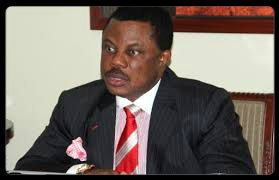 Five communities in Nnewi South Local Government Areas of Anambra State have cried out to Governor Willie Obiano to come to their rescue over deplorable state of their roads.

They claimed the roads have led to the erosion in most pasts of the area. They are also seeking improved on all spheres of infrastructure in the communities.

Representatives of the communities from Akwaihedi, Ebenator, Utuh, Ezinifite and Osumenyi which make up Mbanese, laid their complaints, on Tuesday, to officials of ‘Stakeholders for Willie Obiano for 2nd Tenure’ team.

The team has Chief Ekene Enefe as its national coordinator, who had invited them to a town hall meeting at Omaigwe civic centre, Osumenyi.

Town union executives present and other members of the affected communities thanked Governor Obiano for the areas he has done well and asked him to count on their votes in the forthcoming November 18, 2017 governorship election in the state.

Also, they insisted that their support for his second tenure would be dependent on his response to their call for help.

Mr. Cosmus Ezeotubulu from Ebenator community said the gully erosion in their own area had buried over 15 houses and destroyed so many economic trees since it started over twenty years ago. He regretted that former Governor Peter Obi awarded a contract to fix the erosion menace but was later abandoned by the contractors.

The five communities pinpointed health facilities, electricity transformers, transforming their customary courts from their present colonial to a modern look, provision of fertilizers to boost their agricultural produce and befitting rural markets as among the essential needs of the rural populace.

Chief Enefe had earlier told members of the communities that the purpose of the visit was  to tell them what Governor has been doing develop in every part of Anambra and for them to articulate their own problems to be presented to the Governor for his attention.

He reminded them when Anambra indigenes in diaspora were doing their daughters’ and sons’ weddings outside the state as a result of security challenges which he said Governor Obiano had reversed on assumption of office “and has been able to introduce a deference in governance through agricultural revolution, prompt payment of workers’ salaries and pensions and a lot of other dividends of democracy.”

He appealed to them for their support for the Governor’s second term bid to continue to attend to all their needs.

Reacting to the communities requests, Governor Obiano, who was represented by his Senior Special Assistant on Internally Generated Revenue, Mr. Uchenna Okafor. gave a firm promise that their demands would receive express attention of the Governor. He told them that  the Obiano administration was people oriented and would make sure that every community was taken care of within the capacity of the resources available.

Some of the dignitaries on the occasion were the Speaker of Anambra State House of Assembly, Hon Rita Maduagwu, member representing Nnewi South Constituency I, Hon Kinsley Iruba, member representing Oyi Constituency, Hon Vivian Okadigbo, over fifty members of Ndi Nze na Ozo (titled chiefs) from the five communities, former lawmaker in the Old Anambra State House of Assembly, Chief Fred Unigwe who made a special appeal to Governor Obiano to make a budgetary allocation for old people in the state