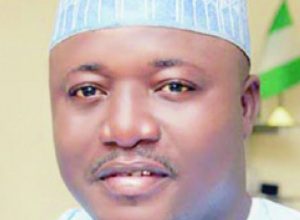 National President of the Arewa Youth Consultative Forum (AYCF), Mallam Yerima Usman Shettima may  have concluded arrangements to contest  a seat in the National Assembly on the ticket of the Peoples Democratic Party (PDP).

Indication to this was reinforced by his resignation last week from the Young Democratic Party (YDP), of which he was the Deputy National Chairman.

In the resignation letter, Yerima stated that his intention to quit the YDP is “just to devote my time to deep reflection and take a very close look at my participation in politics and make some necessary adjustments.”

The Kaduna State-born activist, who has relocated back home from Lagos for the project wants to represent Kaduna North Federal Constituency.

Yerima has commenced consultations across board with a view to seeking support and advice of community leaders, party leadership, youth and professional organisations as well as from his comrades in democratic activism.

Yerima, an alumnus of the Lagos State University (LASU),in his mid-40s, is said to have confided in a close friends that he has been nursing aspiration to serve his good people at the legislative chambers in Abuja

It was also learnt that he had held series of meetings with leaders of the PDP; including  the National Chairman, Prince Uche Secondu, Senator Umaru Ibrahim Tsauri, National Secretary, and Abdullahi H. Mai Basira, National Financial Secretary among other party leaders and elders.
source : SUN
Facebook