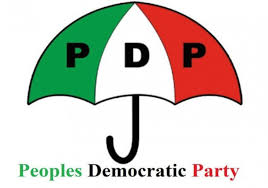 Why I resigned as Imo PDP chairman* – _Ezekwem_
Charles Ezekwem has said that he resigned as the chairman of the Peoples Democratic Party in Imo State because of a conspiracy to disgrace him out office after the Supreme Court judgment that sacked Emeka Ihedioha and announced Hope Uzodinma as the duly elected governor of the state.
Ezekwem, who spoke to journalists in Owerri on Tuesday, said that he resigned in order to protect his political career.
He said that he didn’t resign because of issues relating to his welfare as the party’s helmsman but to save his political career.
He said “There was a conspiracy to disgrace me out of office two days to the Supreme Court judgment. They contacted somebody who will replace me but the plot licked.
“I was treated like a stranger in a house I was supposed to be the head. The state secretary will fix a meeting in government and just send a text when I was supposed to be the one who should instruct him to fix a meeting.
“I didn’t resign because of my welfare as the party chairman. I resigned to save my political career. They wanted to remove me before my tenure expires in August. They wanted another person to be in charge of LGA congress in April. As a member of the NEC, I addressed my resignation letter to the national chairman of the PDP.
“Gerald Irona, who was the deputy governor to Emeka Ihedioha, told my people that as long as they are following me, they will never get any appointment in government. After I worked very hard to install a governor in Imo State after many years of opposition I was treated like a stranger. There was nothing they were doing in the government I knew.
“I revived the party in Imo State and preached the message of free-and-fair primary. Imo people know and saw what I did but I was left out of everything they were doing in government.”