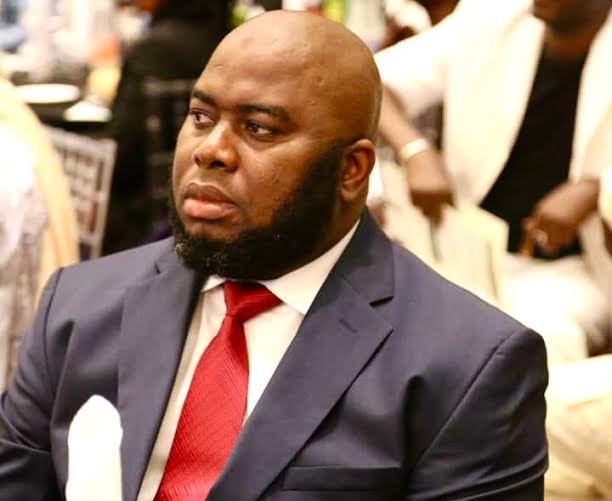 Kingdoms aren’t built in dreams, they’re built on sacrifice and struggle.
I’m glad that we finally found our way back to each other, because for a while, i wasn’t sure that we could.

There is a difference being consulted and being dictated to. Saturday, 13th of March, was indeed a historic day in our struggle. A day the Biafra National Council, Chairman, Edi-Abali of Kalabari Kingdom, Alhaji Asari Dokubo, emerge as the Chairman of Biafra De-facto Customary Government Implementation Committee.

On this day, the National Chairman of BNC, emerged as the head, after the overwhelmed endorsements from the organisations below.

Alhaji Asari Dokubo, went further in announcing the names of the executives that will work along with him in key positions. He also called on all Pro-Biafra groups, to show no fear while embracing the Biafra De-facto Customary Government Implementation Committee, for this is the final push towards Biafra Sovereignty.

This remarkable achievement became a success with the dedication and perseverance of the names below.

The father of the nation Chief Dr. Ralph Uwazurike, gave his blessings, after he advised on general restitution and forgiveness among all Pro-Biafran groups.

Today, it’s no longer a question of, when are we going to come together? I think the right question should be, what qualities don’t we have?
The truth is, we all want the same thing…To bring Biafra back to the world map. And our coming together has proven that when the goal is for the greater good, all groups puts aside their differences and work as one.

And in the near future, when we march to Hague, Zanzibar and finally into the United Nations, we march in together.

But for those in our midst, who still go about criticising our collective efforts.
I wonder how long it will take them to realise that they are being used!
At first,
They’re usually silence, then followed with critics, then with collaboration.
That is what the enemy learned from the colonial masters, how to set the people, tribes and nations against themselves, while they cart away their resources.

History has it that, past great leaders has prophetically cautioned that, ” A house divided against itself cannot stand.” And we are at a similar crossroads, and a true leaders does not expect his house to fall, and neither do we.

The courageous Biafran leader, further called on volunteers from the twenty legally created provinces of the Biafran Nation, to step forward for the setting up of provincial structures of governments.
He also stated that our government will focus more on how to improve our Security, Agriculture, Education, Medicine, including Science and Technology, etc.
He maintained that we will use every peaceful means to pursue our cause, and will never go to war with anybody, no matter the level of provocation.

He concluded by addressing our brothers and sisters who happens to fall across our legal border lines.
He promised that we won’t leave them behind, but at the same time he urged them to do the needful by joining the struggle for freedom.

The BIM-MASSOB have sent in it’s congratulatory message to Alhaji Asari Dokubo on his emergence as the Chairman of the Biafra De-facto Customary Government Implementation Committee, followed by Biafra Nation, The Igbo Nationalities Movement, National Security Youth Council, and many others.

The Biafra De-facto Customary Government Implementation Committee, is working tirelessly to help bridge that divides that have been missing in our entire landscape for dacades.
The priority of this committee, is to ensure the inclusion of all residents in all legally created Biafra provinces.

As a province, we are all neighbours, neighbours who have lived peacefully with each other, fights for each other, supports each other, and no one can tell our stories better than our true leaders.

The truth is, we are all related, it’s just a question of how far back one can trace his or her own family tree. Deep down, all of us have shared blood in our veins. And if we are all linked to each other, then we are one big family.
Which is why every Biafran must be addressed with equal respect, no matter how old they’ are. This is because you never can tell the sacrifice his or her bloodlines have made for our cause.

And by coming together we are sending a very strong message to each family who lost love ones, and to the world in general, that we will never rest until Biafra Sovereignty is fully restored.

The enemy tried to use our passion for Biafra to divide us and instigate violence in our land, so they can step in and destroy us. But they never truly understood the word “Biafra.”
And at the end, it was that same passion and love for Biafra, that has brought us all back together.