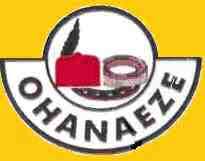 The meeting which was packed with Igbo heavyweights including Governors/Deputy Governors, Senators, Ministers, etc went well with the President General, Chief Nnia Nwodo presenting his impressive score card at “his valedictory Imeobi”.

Unfortunately, the atmosphere got charged when it got to the last but most important issue – the setting up of an Electoral Committee for the Ọhanaeze Election to choose Nwodo’s successor, next January.
After Nwodo presented the list of the Electoral Committee there were mixed reactions. Firstly, Senator Dr Chris Ngige, the Hon. Minister of Labour & Productivity noted that the meeting was not properly constituted since many of those present were not Imeobi members ; a point which the President General acknowledged.

Ngige noted that contrary to the practice in Ọhanaeze, there was no consultations regarding the Anambra State list and that “practising politicians” being in the list was contrary to the Ọhanaeze Constitution which stipulated that card carrying members of political parties should not be involved in piloting the affairs of the Igbo apex body. He was referring to Senator Ben Obi who was Atiku Abubakar’s campaign Manager at the last Presidential Election and was appointed Chairman of the Committee.

Senator Rochas Okorocha likewise rejected his State’s list, stating that neither him nor other past Governors from Imo State were consulted for the compilation of their State’s list. He stated as well that the claimed meeting of Imo stakeholders where Prof George Obiozor was chosen as a concensus candidate was a charade since he and other key stakeholders like former governors of the state were unaware of such a meeting.

In the past, the practice was that at the floor of the Imeobi, every state would be asked to present their nominees, the States would then confer among themselves, consulting even those absent, if need be, before arriving at a list.

Nwodo handled that explosive situation with profound maturity just like late Justice Eze Ozobu, the first Ohaneze President General would. As an erudite judge, Ozobu’s maxim was “audio otra partem”. Nwodo listened to the other party, calmly promising to address their observations.

Surprisingly and commendably, Chief Nwodo dissolved the Senator Ben Obi Electoral Committee and fixed another Imeobi on December 20th, 2020. According to Winston Churchill, “The price of greatness is responsibility”. Being the President General, Nwodo took responsibility for whatever shortcomings that were observed in the last Imeobi.
Indeed, this is a mark of leadership. Some others in his place would have ignored the voice of reason out of pride. When, at the earlier Imeobi, he promised that all complaints would be addressed, most saw it as “a political statement”. However, as an old boy of the College of the Immaculate Conception, CIC, Enugu, a school that has the enviable record of having produced more state Governors than any other East of the Niger, Nwodo kept faith with his alma mater’s motto: Semper Fidelis.

“Lekwa abụ m na ajị adịghị ya”; that is the import of Nwodo’s action as an evidence that he had “no skeleton in his cup board” .
As someone who has been involved in Ohaneze Ndigbo at the national level for almost 21 years, I appeal to Ndigbo, especially Ndị Ọhanaeze to reciprocate this noble gesture by believing that he has the capacity and intention of superintending over a transparent election in line with his statement at the last Imeobi that he intended being transparent and had no intention of “choosing his successor”.

Again, I urge Igbo leaders to act with patriotism. In line with the Ohaneze Constitution, practising politicians should recuse themselves from the Electoral Committee to avoid smearing the Electoral process with their 2023 Presidential politics. “Onye gara ugbo, gaara onye nọ n’ụlọ. Onye nọ n’ụlọ nọrọ onye gara ugbo”. Frontline Igbo politicians (practicising politicians) should be content to serve Ndigbo through their political parties. They should avoid the temptation of playing prominent roles in Ohaneze while still fronting for their partisan merchandise.

Finally, the President General, as one of the framers of the Ohaneze Constitution, should ensure that the forthcoming Imeobi is held in strict compliance with it. As such, only statutory members of the Imeobi, as stipulated in section should attend. According to Article 12 of the Ohaneze Constitution, they include; serving and past President Generals, Secretary Generals and Deputy Secretary Generals(as the only representatives of the NEC). Others are serving and past State Governors, Senate Presidents, Speakers of House of Representatives, 1 representatives of the Senate and the House of Representatives, 6 distinguished elders to be selected by the Imeobi from each state, accomplished captains of Industry and representatives of different professional bodies, as may be decided by the Imeobi, etc.

Most importantly, in line with section, an Ohaneze General Assembly meeting should be held to ratify the Imeobi resolutions. The General Assembly recognized by “the Constitution” as the highest decision making body has unfortunately not met in the past four years. The sidelining of this vital organ saddled with the responsibility of electing new National executives was one of the reasons given by the group that erroneously sought to register Ohaneze General Assembly at the CAC.