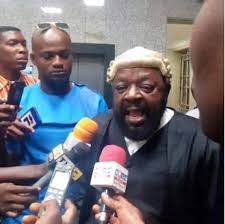 Days ago, Abubakar Malami (SAN), the Attorney-General of the Federation (AGF) granted an interview to Channels Television in which he faulted Southern Governors’ ban on open grazing. The AGF is wrong; Southern Governors are right, and here’s why:

Before one can graze, he must be a cattle rearer or a herdsman. The herdsman would have to enter another person’s land. If the herdsman is grazing on his own land, it does not implicate any legal, safety or economic issues because the land belongs to him. But when he goes upon another man’s land to graze without permission or some leave and license, he commits trespass, civil and criminal trespass to boot.

Conversely, there is no written law in Nigeria that permits herders to enter into another man’s land without the owner’s permission. Not even the Nigerian Constitution cited Malami. The part of the Constitution he relied on allows freedom of movement of persons, not animals, whether goats, pigs or cattle. And such freedom must be exercised in a peaceable and legal manner, not by force, not by trespass, not by terror.

Most people think that trespass is only a civil wrong in which you go to a civil court to claim monetary damages and have the trespasser expelled from your property through a civil court order. It is much more than that.

In Northern Nigeria where the Attorney-General and these herdsmen hail from, Section 342 of the Penal Code (applicable to Northern Nigeria) provides that ‘Whoever enters into or upon property in the possession of another with intent to commit an offence or to intimidate, insult or annoy a person in possession of that property, or, having lawfully entered into or upon that property, unlawfully remains there with intent thereby to intimidate, insult or annoy such person or with intent to commit an offence, is said to commit criminal trespass’.

Open grazing intimidates, insults and annoys. And in this era, it terrorizes, kills and destroys properties. What more do you need before understanding that it’s a crime in all its ramifications.

Criminal trespass is punishable by arrest, arraignment, prosecution and imprisonment. Again, this is northern Nigeria where these herders hail from. There are other laws of Nigeria that border on assault, manslaughter, murder, malicious destruction of property, disorderly conduct, breach of the peace and laws on land use that are violated whenever herdsmen graze without permission and oftentimes with violence.

So, without any new law banning open grazing, Southern Governors can assert their authority under these extant laws, including particularly under Section 1 of the Land Use Act, which provides that “Subject to the provisions of this Act, all land comprised in the territory of each State in the Federation are hereby vested in the Governor of that State … ”.

Additionally, AGF Malami appears to be unaware of the highly celebrated 1969 ruling by Justice Adewale Thompson. That the ruling was never set aside or varied makes it part of the laws of Nigeria when it comes to open grazing. It’s pertinent to state that the ruling was made in the context of the ‘farmer-herder conflict’ of that era. That is what we used to have then. What we have now is ‘herder-terrorism’ that requires new measures that should more drastic than the purports of that ruling.

In the ruling, Adewale’s court heard that it is the custom of the Fulani to move cattle from place to place and graze openly. The judge ruled that if that is the custom, it is a bad one because it is against public policy; that the custom has the tendency to lead to breach of law and order and unconscionable destruction of another’s property. You might add that, in this day and age, it has gone from mere destruction of property to destruction of lives.

That judgment is sound because it is consistent with the common law of Nigeria that says that any custom that is against public policy shall be set aside. A custom is not cast in stone. Nigerian laws only allow good customs. Bad customs like killing of twins are no longer allowed. In the same vein, bad customs like open grazing that destroys properties and human lives should be banned.

That something is a custom does not automatically make it legal. Therefore, that open grazing is customary to the Fulani does not make it legal or permissible, especially if it comes with the prospects of criminal trespass or terror. And in comparison to the spare parts dealers Malami mentioned, he forgot that they rent their shops and they conduct their business sans trespass, violence, rape and terror.

Further, as a Northerner and a high-ranking government official with access to intelligence, AGF Malami should not pretend that he doesn’t know that a significant number of these herdsmen are foreigners. Some notable Northern leaders (including the Presidency) have publicly confirmed as such. On this score, did AGF Malami consider what happens to Nigeria’s sovereignty when he argued that banning open grazing is unconstitutional? Is he suggesting that foreigners now have more constitutional rights than Nigerians, especially Southern Nigerians?

Not just that, these foreign herdsmen come into Nigeria with a swag to graze on Nigerian lands without permission and they are ever prepared to kill their host if he dares resist such brazen criminal trespass. And the federal government does nothing to check it. But once the herders get in trouble, such as now with Southern Governors, the same federal government jumps to their defense, as AGF Malami just did.

That’s unfair because you are stoking a situation where States (especially Southern States) will be propelled to resort to self-help, which is exactly what Southern Governors have done by banning open grazing.

Ejimakor, a lawyer wrote in from Alaigbo.