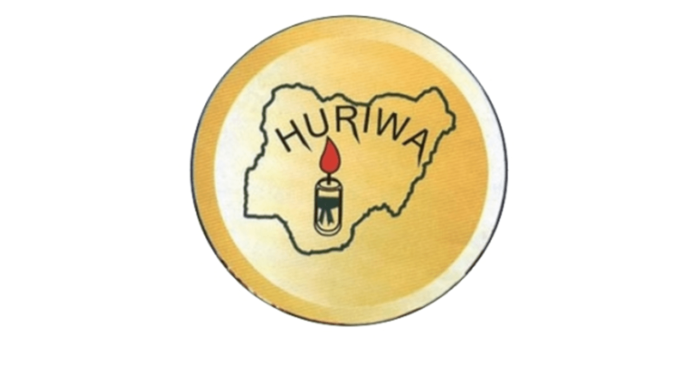 A Non-profit organization and rights advocacy group, the Human Rights Writers Association of Nigeria, HURIWA, has accused security agencies of allegedly faking killings of terrorists operating in the South-East while simultaneously carrying out actual killings “of many Igbo youths” in the zone.

This is as the rights group called on the Imo state Police Commissioner, Abutu Yaro to carry out thorough investigation to determine “if the persons being paraded dead are actually the killers of the former Presidential aide to President Jonathan Mr. Ahmed Gulak who was gruesomely assassinated on Saturday in Owerri by men described as hoodlums.”

In a statement signed by its Executive Director, Emmanuel Onwubiko, HURIWA said it is sad that “upon the unfortunate incident of the killing of Gulak, there is no empirical evidence demonstrating that Nigerian Police Force deployed science- based, evidence-associated forensic probe of the crime scene but relied on what they said was the testimony of one of the survivors who was reportedly the cab driver who was driving the politician to the Sam Mbakwe International Airport before he met his unfortunate death.”

The statement read: “The police and soldiers are roaming about the streets of Owerri and somewhere in Enugu and even interrupted a church service just to arrest the entire congregation for being members of Indigenous Peoples of Biafra, IPOB. But armed Fulani herdsmen are having field days in Niger state, Benue state and North-West region of Nigeria killing, maiming, kidnapping and destroying citizens and their property but these same soldiers and police who are actually killing suspected members of IPOB including innocent Igbo youths, have always carried out “audio” and fake raids of Zamfara forests and Kaduna forests.“The police in Imo state blamed the dead man for his unfortunate fate because in their irrational word, Ahmed Gulak left his hostel room to the airport without informing the police and so, had no Police escorts. Now, the fact is that the acting Inspector General of Police had announced withdrawal of all police escorts attached to Very Important Persons, VIPs, in South-East and South-South as previously reported in the media. So how is the Commissioner of Police in Imo state blaming the victim of an unfortunate assassination for the cruel fate that befell him when it was the IGP who announced withdrawal of police escorts.

How can any sane person accept hook, line and sinker, any conclusion reached by the Imo state police command that had blamed the dead man if the same police comes up as they have with the latest tale by moon light that the killers of Gulak have been killed based on hear say evidence?”

“Once more, can we advocate the adoption of 21st century technology in fighting crimes to such an extent that the police be mandated to comply with global best practices in the steps they take to investigate crimes including the deployment of forensic investigative skills?

Onwubiko further called on global leaders to speak up on the mindless killings going on in Nigeria, saying when pushed to the wall, defenseless people in the land may have no other option than to resort to self help.