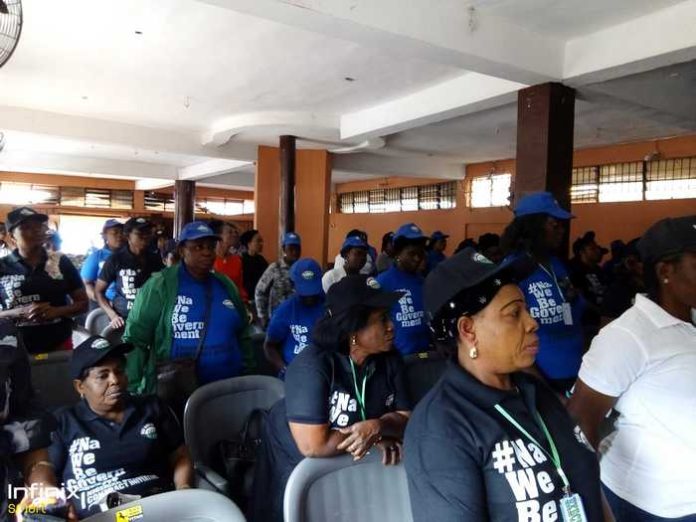 In furtherance of OurMumuDondo Movement determination to return political power to the rightful owners-The People,the Movement has inaugurated the Women Wing to carry the message of NaWeBeGovernment to millions of Women across Anambra  State. 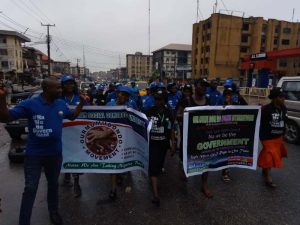 In a statement released to the newsmen ,the State Coordinator of the Movement –Comrade Ndubuisi Anaenugwu reminded the Women that they are the real Owners of the Government starting from the homes to the Government  houses.The State Coordinator told hundreds of women at the inauguration venue in Nkpor that time has come when the market women,housewives,traders,women in different public and private offices will rise up to demand for good governance ,public accountability and be part of the electoral process. He informed the women that political power are always determined by the women as they are in the majority and to that , they should mobilize to retire all the visionless, selfish and greedy Politicians from playing wicked politics.

On her own part,the newly inaugurated State woman Leader of OurMumuDondo Movement Ambassadors-Hon Ngozika Akaniru has this to say- ‘Our active participation in politics as informed mothers will help in no small measures to enthrone conscientious and God fearing Leaders in other to achieve the kingdom of God on earth where human beings will enjoy peace ,harmonious  co-existence, respect to like and property, religious tolerance, equality before the law, transparency and accountability ,zero corruption and administrative efficiency .Hon Ngozika promised to mobilize women in Anambra State to meet OurMumuDondo Movement expectations. 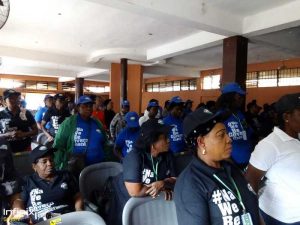 The Ag Regional women Leader-Mrs Swenny Onyenze charged the newly inaugurated women executive to take over their rightful position in the political struggle in line with God’s expectation from women. 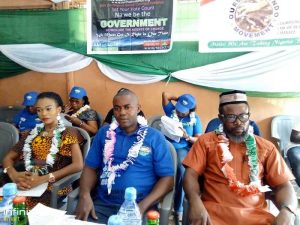 The event witnessed scholarship award to five women up to University level from Dr Isaac Ankomah-a Director in Crystal Galaxy University College –Ghana.Many important personalities graced the occasion including Prof Justice Chidi,Evang Theo Ray Ejikeme and host of others.Charles Oputa(AreaFather) who spoke to the women through telephone was duly represented by the State Coordinator-Comrade Ndubuisi Anaenugwu.The event ended on a happy note with the women marching along Nkpor old road through Nkpor round about to announce the beginning of a new political era where women ‘mumu’ don expire.