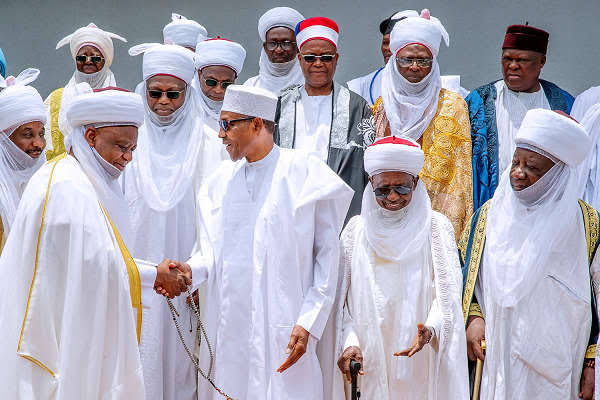 I was shocked when I read what you said in the news last week that Nigeria must be restructured in order to avoid her disintegration.

I couldn’t believe my ears that our same President Olusegun Obasanjo can openly canvass for true federalism and restructuring. Waow… God is really wonderful.

Sir, is it true that you said the present Nigerian structure has turned your Yoruba race into second class citizens? Am I dreaming or what?

Sir, are you just realizing that the Yorubas are actually a conquered people within the contraption called Nigeria after you have spent over 10 years as the former president and head of state of Nigeria???

What were you thinking when you were using state forces and actors like the Nigerian army and police to kill, maim and destroy fellow Yorubas and other southerners like the people of Odi, all in the name of one Nigeria?

With all due respect sir, why are you trying to turn into a Yoruba nationalist all of a sudden after you have openly denigrated and spited your people both home and abroad for the sake of other ethnicities most especially the fulani Oligarchs and caliphate in Nigeria.

Your atrocities against the Yoruba nation is uncountable.

As far as I know you have never used your position and influence to preserve the Yoruba race or fight against injustice meted out against the Yoruba nation by other ethnic nationalities within Nigeria.

We still remember the hatred and bitterness you harbor against the late Sage, may his soul rest in peace. Chief Obafemi Awolowo stood, dedicated and sacrificed his life for the Yoruba nation till his death while you planned for his legacy to be permanently destroyed in Yorubaland, in Nigeria and throughout the world. Fela Anikulapo kuti was beaten and tortured by soldiers during your regime as the head of state. Fela today is one of the greatest Yoruba sons that ever graced the earth.

Pa Awolowo won the election in 1978 but you openly campaigned and rigged in Favour of a fulani candidate. You were quoted to have said that *_the best candidate will not win the election_*. Your hatred for MKO Abiola is also well known. After you became the president of Nigeria on the back of Yoruba agenda in 1999 and the sacrifices of MKO and Kudirat Abiola, you embarked on the campaign of whitewashing the struggle of June12. You even said that MKO Abiola is not the messiah Nigeria needs. What a shameful statement by you.

When patriotic Yoruba citizens were fighting to reclaim Kwara from Fulani hegemony, anarchy and apartheid system of government in 1999, led by Gani Adams and Mohammed lawal, you openly unleashed the military and the police to massacre thousands of Yoruba freedom fighters. You handed over power back to the Saraki dynasty and the emirates in kwara without thinking twice while the Yoruba nation was cursing you for your treason.

Should we even mention how you used thugs, deceit and betrayal to destroy the Alliance for democracy and Afenifere group.
We still remember how you refuse to give lagos state, a Yoruba state in Yorubaland monthly Federal Government allocation for 3 years because the governor of Lagos state led by Tinubu complained to you that – why should lagos state have 20 local government while Kano state that contributes nothing to Nigeria’s revenue has 44 local government? Your response was to starve Yoruba sons and daughters living in lagos to death by withholding their allocation for 3 good years.
Tinubu wanted to build an independent power station in lagos to serve lagos state, you destroyed and frustrated the project, *_and yet Governor Fashola could not build the independent power station._*

A national census was carried out in 2006 by your government which was declared as a fraud because of your usual commitment in favouring the hausa fulani establishment over your people.

During your government, Yoruba intellectuals told you and warned you that restructuring and true federalism is the only way out of the impending doom of Nigeria. What did you do? You used federal might to silence your critics and openly said you are a Nigerian nationalist not a Yoruba nationalist. Do you still remember sir?

Fast forward those years to 2020, you are all of a sudden crying and screaming of fulanisation and Islamization. You are now an apostle of true federalism and restructuring. It’s even amazing that you can attend Oodua people’s congress meeting to talk about Yoruba agenda after you openly called Oodua Peoples Congress a terrorist organization; What a shame.

With all due respect sir, you have been more of a disaster to the Yoruba nation than a blessing since 1960. You destroyed the Yoruba nation for the sake of your greed and selfishness. We will never forgive and forget your misdeeds against millions of Yoruba citizens.

In the name of Olodumare, the Yoruba nation will get out of this shithole called Nigeria and you can gladly relocate your lineage to North or eastern part of Nigeria but not in Yorubaland.

If you are actually remorseful and shameful, you should never talk about Yoruba agenda because you are the number one enemy of the Yoruba race.

May Olodumare continue to uplift the Yoruba race, Amen.