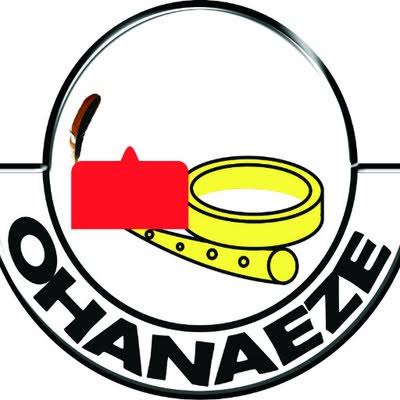 Ohanaeze Ndigbo Election: OYC Fingers Nwodo in Secret Plot With South-East Governors, Says It will Resist Every Evil Plot as “the Election is a Last Bread of Ndi Igbo”

The apex Igbo socio-cultural youth organization, Ohaneze Youth Council, OYC has called on the President General of Ohaneze Ndigbo, Chief Nnia Nwodo to Jettison his secret plot to sell out Ndigbo over the next PG of the reverred mother organization with South-East Governors who allegedly are merely serving the interest of Northern political Mafians.

OYC made the call when its National President, Comrade Igboayaka O. Igboayaka addressed newsmen in Owerri on Wednesday18th November 2020 over the outcome of National Executive Council, NEC meeting of Ohanaeze Ndigbo presided by Chief Nwodo on Thursday 12th November 2020.

Igboayaka who noted part of the secret plans of Chief Nwodo to include hurriedly and illy constituting an electoral committee through the Governors said it is highly undemocratic for the PG to ask South East Governors to nominate two persons out of three per state to make up the Electoral Committee.

He emphasized that Ohanaeze Ndigbo can’t be South-East Governors political Clique Association, stressing that any attempt to sell Ohanaeze must be resisted by over 30 Million Igbo youths both home and in diaspora.

“Nnia Nwodo wants to avoid having the Igbo elders/Imeobi scrutinize his actions. Constitutionally, the Imeobi is the body to set up the Electoral Committee, the NEC only recommends but by swearing in the committee without recourse to Imeobi is total usurpation of Imeobi, an impeachable act and a foil of integrity”

Comrade Igboayaka frowned that since the tenure of Chief Nnia Nwodo, the Ohanaeze’s highest decision making body -Ohanaeze General Assembly, has not met once while Imeobi has only met 3 times, last time being in February, 2019 when it endorsed Atiku.

The OYC National President who described the forthcoming Ohanaeze Ndigbo election as the “Last bread of Ndigbo especially the youths”, stressed that it will not be business as usual while urging South-East Governors and Nnia Nwodo to follow due process and respect democratic principle without any single compromise.

“OYC and Igbo youths in general will not trade Ohanaeze Ndigbo election with any individual political interest, therefore we disagree with Nnia Nwodo who said in the meeting last week that any position allotted to any state the Governors should recommend or appoint the person and it shall be accepted by the general delegates”

The national youth leader added that 2021 Ohanaeze Ndigbo election will be first time Igbo youths and Ndigbo at large picked interest and will throw their massive strength to enthrone credible leadership in Ohanaeze, stressing that long aged poor representation that have led Igbo youths into untold harsh, neglect, injustice, maiming, wanton killing and Insecurity surrounds the circumstance why Ndigbo will massively deal with any political profiteers that attempt to jeopardise the credibility of the Ohanaeze Ndigbo election.

The Ohaneze Youth Council call on all progressive Igbo men and women of goodwill both home and abroad and civil society organisations in the region to rise and stop Nnia Nwodo from the planned shenanigan election.