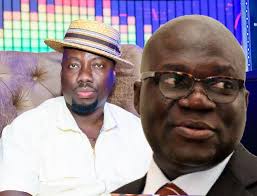 ….. something happened last week, in Oba, Anambra State, Nigeria: the funeral of the mother of a man popularly known as Obi Cubana, which would seem to be a metaphor for the collapse of values in Nigeria generally, the effect of poverty – spiritual, mental and physical – and how that pushes the people to desperate ends. The burial of Cubana’s mum may be seen as a form of celebration, she died at 75, but it was a lavish send-forth that was terribly obscene. The town of Oba has certainly never witnessed anything like that. Not even in the entire Anambra state has anyone organised anything so loud and extravagant. This was not a celebration of life. It was a celebration of Money. Obi Cubana’s mother died in November 2020. It took him more than seven months to plan the burial and when he decided that it was time for the dead to be sent forth, his obvious intention was to organise the mother of all burials, such that even the living would envy the dead and wish to die. The only problem is that not many Nigerians would rather die knowing that it is not every one that would ever get that kind of burial. Oba is ordinarily a quiet town of nine villages, located between the commercial town of Onitsha and the industrial town of Nnewi. During the civil war, it was the last frontier of the Biafran Army. But that community will now be remembered for a long time, for the burial of the mother of a certain Obi Cubana. The role played by the social media, and by Cubana’s friends is remarkable: how a country lost its moral centre and has produced a generation of new Nigerians who worship money, ego, kudi. The excitement generated among young Nigerians who could not make it to Oba but who followed the event on social media and became excited, is a measure of the extent of the crisis that Nigeria faces.

By Friday, the spectacle had begun to unfold. Social media managers of the burial who apparently had been engaged to do so – they are called influencers – told us and showed pictures, about the Obi Cubana Festival of Money. The first of the videos that I saw was that of a young man throwing Naira notes around, on the streets as if he was distributing candies to children. The notes were in packs, crisp new notes, and as each bundle was thrown at the crowd, people fell over themselves and rushed to pick up pieces. This was like a John the Baptist display. Many of Cubana’s friends and guests would soon arrive, and before they did, many of them posted on Instagram, the stacks of money they were going to spend. Cartons of Naira notes. In one post, a group of women were shown swimming in a pool, others were hanging around, scantily dressed, all looking like they had adjusted their biological features. That is now standard practice among a category of Nigerian women. They do a breast job, acquire a surgical, traffic-stopping butt, and they all look alike, fully bleached to their knuckles, with fake hair, strange eyelashes that protrude like pins, and of course foreign accents that have a combination of every dialect from Wales to mid-West America.

The boys by the pool threw money into the water and the girls scrambled to grab their share of the offering. This was the pattern throughout the burial. Naira notes, sorry bundles of Naira, were thrown about, sprayed, pasted so recklessly you would think this was a future Olympics Game, in which the athletes were preparing for a Gold Medal. Obi Cubana himself was at the centre of it all. One lady, simply identified as Livy was shown in one video throwing so many bales of money at Cubana that he exclaimed that he would need a Chest X-Ray! The way money was being thrown like pieces of cement blocks, I also thought that an ambulance should have been on standby. “Killed by money at Cubana’s mother’s burial” would have been an appropriate headline in the circumstance. The public was later informed that Obi Cubana got about 300 million Naira as contributions by his friends to bury his mother. He also received over 100 rams, and 400 cows, 46 out of that was supplied by one guy called Cubana Priest who not only announced the donation but also said that was just a tip of the iceberg.

Cubana himself did not disappoint. He wore a diamond pendant that was valued at N50 million. His mother’s casket, specially imported from wherever was said to have been about N40 million. This celebration of money was so unbelievable, the burial became a matter for social media punditry and the creation of emojis. Some people said it was certain Obi Cubana’s mother was already in Heaven as a saint, sitting on the right-hand side of the Almighty. Nobody has been to Heaven to confirm that, so we have no proof. Others said with the volume of money spent at the funeral, the Nigerian government should henceforth approach Obi Cubana for a loan and stop disturbing China, IMF and the World Bank. Other observers were worried about the source of the money that was being thrown around like confetti. Nigerian banks would also readily tell you that they don’t have new notes. They give out dirty notes to their customers. But there were more crisp, mint notes in circulation at Oba over the weekend than in the entire Nigerian banking system. And the notes were abused.

The Central Bank Act of Nigeria – Sections 5, 21 (4-5) prescribe penalties for the abuse of the country ‘s national currency. The law forbids the sale, purchase, and the plunking of the Naira, and prescribes penalties: six months imprisonment or a fine of N50, 000 or both. The penalties are so light, I don’t think they mean anything to Cubana and his friends or their likes. And why should that bother them anyway when the Oba funeral was attended by the same law enforcement officers who should know that it is an offence to abuse the Naira (truth is: policemen joined others to collect the notes that dropped on the floor), and there were lawmakers and prominent politicians in attendance too. In fact, nobody should be surprised if Cubana ends up as a Governor or Senator tomorrow. He has effectively used his mother’s burial to prove a point: that he has cash and the courage to spend it. Nigerians worship money. And that was why throughout the weekend: the popular saying was: who no dey Oba, na wahala him get? Women were turned into objects and debased. Whoever had not seen his girlfriend or wife was advised to go to Oba in Anambra State. And there was a particular video of one lady who collected up to three big bags of money, by just picking money from the floor like a mendicant! Nollywood stars fell over themselves to be seen and heard. One respected actor even got so carried away he began to act like an Area Boy on Instagram. I won’t mention his name because he is a man I like very much. Money is a Devil in Nigeria. It turns even the most enlightened into clowns.

At Obi Cubana’s mother’s burial, so-called celebrities, some of these characters who describe themselves as brands (whatever that means!) became ushers, bodyguards, “all-right-sirs” and videographers. Obi Cubana has every right to bury his mother the way he wants. But who is he? How did he make his money? How much tax does he pay to the Nigerian government? The Oba burial is over now, but the only thing anybody will remember is the Bacchanal orgy of money. I am not sure half of the people at the event even know who Cubana’s mother was. What kind of person was she? How did she relate within the community? Did she even ever see, handle, spend, a bundle of crisp Naira notes in her lifetime? Who are Obi Cubana’s family members? Does he even have siblings or extended family members? They were all blanked out! Members of the Oba community were advertised as crumb eaters. They struggled to grab the Naira notes that were thrown into the air. They stared at the money-miss-road invaders from a distance. When it was all over and the waka-come-Cubana crowd left, they struggled over the left-over crumbs of cow-meat barbecue. They were effectively reminded of their poverty.

Obi Cubana would probably not visit that community again until he needs to organise another show-off. Would it not have been better if he built a hospital in his mother’s memory? Or a school? Or a church? And then the people will remember her, and not how her son and his friends put money to shame at her funeral. And who are these friends? The kind of names that have been mentioned sound unfamiliar to me: E-Money, Internet Money, Pablo Cubana, Escoba, Jowizaza, Livy, Cubana Priest. Is the Nigerian Immigration Service, in charge of aliens and expatriates, the Nigerian Identity Management Commission (NIMC) in charge of National Identity Registration and the Ministry of Internal Affairs, in charge of Homeland Security, aware of the presence of these people inside Nigeria? Who are they? And why do they spend money like that? Not even Elon Musk, Jeff Bezos, Bill Gates, or Warren Buffet will throw money around like that!

The burial of Otunba Mike Adenuga’s mother in 2005 has been compared to that of Cubana’s mother’s burial, and certainly Otunba Adenuga should feel maligned. It is an unintelligent comparison. The point that has been made is that when Adenuga was burying his mother he donated a cow to every street in Ijebu-Igbo, his home town. Yeah. But there were no drunkards throwing bales of money on the streets or cleavage-bearing women, bleached from head to toe, with artificial physiognomy and a mass of excessive protoplasm, promenading here and there, with shameless, bedmatic display. Last weekend, we saw a new definition of womanhood in Oba.

My point is about taste, class and values, not melodrama, or the right of persons to live as they wish. And here, I also draw attention to the burial about the same time of the mother of the former Managing Director of Access Bank, Aigboje Aig-Imoukhuede, which took place in Lagos at the Tafawa Balewa Square. The contrast is striking but I bring it up because it also says something about Nigeria: the emergence of two polarized publics, both of seemingly strong weight and whose difference lies is the inherited future of our children because of the way Nigerian leaders have failed the people. The burial of Apostle Mrs Aig Imoukhuede was a dignified, classy event attended by the Nigerian establishment from politics to business and civil society. It was the celebration of a woman who achieved distinction in her own right and whose accomplishments in that regard were properly show-cased. The funeral was not about her first son, the banker, investor, philanthropist, friend of every important figure. It was, most appropriately, a celebration of her life. Nobody had any need to throw money around. Even if Mrs Imoukhuede was a trader at Oyingbo market, there would have been no need to turn her funeral into a festival of money. And yet the richest and most influential Nigerians with the strongest pedigree were there. One weekend, two burials, different tales! I leave it to you to stretch the comparison. I have made my point: Nigeria is in trouble. Young Nigerians, products of a failed leadership, worship money and fakery. The gentrified class train their children in the best schools abroad, but those same children will return to a country that would have been taken over by the Oba crowd who are sadly, the future of Nigeria. Obi Cubana, and Aig Imoukhuede, our commiserations.