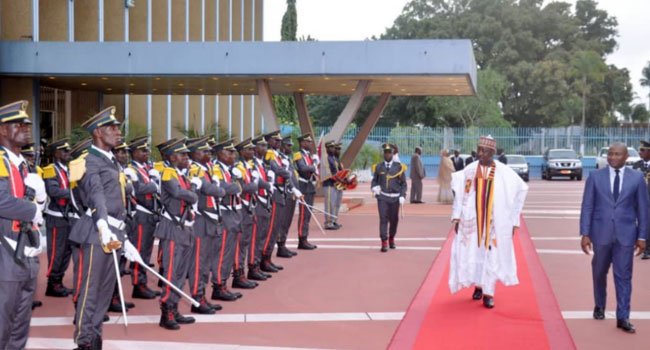 The Nigerian Ambassador to the Republic of Cote d’Ivoire, Ambassador Ibrahim Isah, is dead.

The Federal Government, in a statement by the spokesperson of the Ministry of Foreign Affairs, George Ehidiamen Edokpa, said Isah,  a career diplomat, died on Tuesday, January 15, 2019, in Abidjan.

Isah, who was from Niger State, was enlisted into the Nigerian Foreign Service in 1983.

“The Ministry of Foreign Affairs, regrets to announce the demise of Ambassador Ibrahim Isah, who until his death, was the Ambassador of Nigeria to the Republic of Côte d’Ivoire. The late Ambassador, a career Diplomat, passed on after protracted illness, on Tuesday, 15 January 2019 in Abidjan.

“The Minister of Foreign Affairs, Geoffrey Onyeama, and staff of the ministry received the sad news of his death with great shock and prayed that the Almighty God grant his family and the nation, the fortitude to bear the irreparable loss,” Edokpa said.

He added that during his career, Isah served in different capacities both at the headquarters  and Nigerian missions.

“He served at the Nigerian High Commission in Sierra Leone, Consulate-General in New York, Jeddah and Embassy in China. Moreso, he was Chargé d’Affaires of the Nigerian Embassy in Ankara, Turkey, until his appointment as Ambassador Extraordinary/Plenipotentiary to the Republic of Cote d’Ivoire in 2017. He was happily married and blessed with children,” Edokpa further added.

Meanwhile, Niger State Governor, Alhaji Abubakar Sani-Bello has described Isah’s death as shocking, adding that the state has lost one of its illustrious son.

The governor, in a statement by his Chief Press Secretary, Mallam Jibrin Baba Ndace, made available to newsmen in Minna, said that the late envoy was a patriotic Nigerian who made an unblemished contributions to the service of his fatherland.

The Governor particularly knowledge the contribution of the deceased in the field of international diplomacy and regional hegemony, adding that “he was a respected personality and core diplomat per excellence”

“We received the news of the death of Ambassador Isah Ibrahim with shock, indeed it is a heavy lose to us as government but we are consoled by fact that the deceased lived a worthy and fruitful life”.

While praying Allah to grant his family the fortitude to bear the loss, governor Bello also prayed for the repose of his soul.

He  left behind his mother, wife and  children.