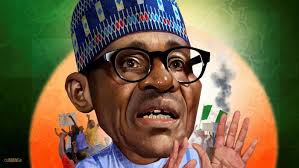 Nigeria has recorded her worst global rating on Corruption Perception Index since 2015.
In the 2020 index released yesterday by the Civil Society Legislative Advocacy Centre (CISLAC), the country’s chapter of TI, Nigeria scored 25 out of 100 points, dropping to 149 out of the 183 countries surveyed, taking the nation three steps down from the 146 scored in 2019.
In the report, Transparency International said the reason behind Nigeria’s worst ranking stemmed from an absence of transparency, nepotism, lack of adequate anti-corruption legal frameworks, the prevalence of bribery and extortion in the Nigerian Police and corruption in the security sector, among others
Reacting, the presidency faulted TI’s report, saying Buhari’s administration deserves credit for diminishing corruption in the public service and will continue to vigorously support prevention, enforcement, public education and enlightenment activities of anti-corruption agencies.
In a statement, yesterday, the presidency said TI’s report is not an accurate portrayal of the facts on ground.
“In the coming days, the Government’s Technical Unit on Governance Research (TUGAR) will be providing more detailed information on the sources of the TI data.
While this is being awaited, the examination carried out on their 2019 report showed that 60 percent of their data was collected from businesses and other entities with issues bordering on transparency and the ease of doing business at the ports.
“Although this is a government ready to learn from mistakes and make corrections, the economy of this country, in its fullness, is bigger than the sea ports we have.
We are also not unaware of the characters behind the TI in Nigeria whose opposition to the Buhari administration is not hidden.
“We have repeatedly challenged TI to provide indices and statistics of its own to justify its sensational and baseless rating on Nigeria and the fight against corruption. We expect them to come clean and desist from further rehashing of old tales.
“A naira denominated review that excludes recoveries in dollars, pounds, euro shows that a sum of N1.2trillionn was recovered by EFCC between 2009 — 2019. N939billion of that total was recovered between 2015 – 2019 with less than N300billion recovered in the first six years.
“Additionally, preventative instruments deployed by this administration such as Treasury Single Account (TSA), Integrated Personnel and Payroll Information System (IPPIS) coverage expansion and the removal of 54,000 ghost workers from federal civil service saving us N200bn annually serve as evidence that perception is not reality.
“Organisations should be factual in their analysis and be prepared to rely on inputs outside of sensational media reports and age-old narratives which have not been updated to reflect today’s reality in Nigeria concerning its globally-respected war on corruption…”
Meanwhile, anti-corruption crusaders in Nigeria have reacted to the 2020 Corruption Perception Index (CPI) report of the Transparency International (TI), which suggests that corruption is becoming more endemic in the country.
Former Chairman, (TI), Nigeria chapter, Gen Ishola Williams (retd), said: “At all levels of government in Nigeria, from the president to the governors, we all know what the TI is saying is true. Check throughout the world, how many countries do you know that has made it a habit to gather every month to share money to the states and local government areas and no body asks what happened to all the money that is shared?
“President Buhari has given up on his promise to fight fraud, embezzlement, corruption or whatever he calls it. He just admitted less than 48 hours ago that the APC finds it difficult to deliver on some of their programmes, and one of their major promises is to fight corruption. Go through the national dailies or check online any day, you see stories that will make you very sad. We don’t need the TI to tell us that corruption is still endemic in Nigeria. In fact, if TI knows the true reflection of things in Nigeria, we should be at the very bottom.”
Executive Director, Centre for Anti Corruption and Open Leadership (CACOL), Debo Adeniran, argued that the TI’s report is based on perceptions by the CPI, which may not necessarily reflect the truth.
“The perception may not necessarily be the true reflection of the reality. From all indications, corruption crimes are no longer committed with brazenness as before. But, if the perception says corruption is on the rise, then where is the data and the facts and figures behind the perception? At our own level, we don’t have that data, what we suspect is that because more corruption cases are exposed and taken to court; there are now more information on how corruption is committed by who, when and how, that makes it easier for data hounds to easily get information from just anybody and make it seem as if there is more prevalence of corruption. Until the perception meets reality, we believe that the fight against corruption has taken a new dimension and that corruption crimes are more difficult to commit. We don’t have any data from TI to suggest that corruption is getting worse than before,” he said.
Former President of Nigeria Bar Association (NBA), Dr. Olisa Agbakoba, SAN, noted that the federal government has a strategy on corruption, but said it needs more coordination in three important areas, namely, investigation, prosecution and assets recovery. He said that, crucially, the anti corruption strategy must be concerned with speed of justice, otherwise, its impact will be affected.

Buhari administration, APC title holders in corruption- PDP
The Peoples Democratic Party (PDP), yesterday, said Nigeria’s rating in the 2020 corruption index report by Transparency International (TI) has confirmed that the All Progressives Congress (APC) led federal government is the most corrupt administration in the history of the country.
The PDP, in a statement by its National Publicity Secretary, Kola Ologbondiyan, said: ”This descent into the abyss of corruption only goes to show that President Buhari’s anti-corruption stance is a mere swindle used to delude Nigerians, while the vaults were laid open for APC leaders and officials of the Buhari administration to plunder.
“Indeed, the record of unbroken decline from 136th in 2016 to 144th in 2018, 146th in 2019 and now 149th in 2020, under President Buhari, the African Union (AU) Anti-Corruption Champion’, settles the now notorious fact that the Buhari administration and the APC are title holders in corruption.
“Nigerians can now see that what the APC and the Buhari Presidency did, upon assumption of office, was to simulate a holier than thou attitude, deploy the instrument of propaganda to deliberately castigate the PDP with false corruption allegations, just to divert public attention and create a safe atmosphere for APC leaders to loot our nation to her knees.
“The fact remains that no matter how lies and falsehood try to prevail, the truth will always come to light at the end of the day.
“From the oil and inland revenue sectors to security, health, agriculture, food security, healthcare, transportation, road infrastructure, power, education, environment, among other critical sectors, none was spared from the kleptomaniac fingers of corrupt APC leaders and the cabal in the Presidency.”
The opposition party added: “Nigerians can now see that our alert on the allegation of the stealing of over N15 trillion by APC leaders and political cronies in the Presidency was not just an opposition propaganda, but a patriotic stance which the APC and its administration has not been able to counter.
“The Buhari administration has failed to go after APC leaders and cronies allegedly involved in the stealing of over N9.6 trillion as detailed in the leaked NNPC memo, the over N3trillion in fraudulent oil subsidy regime as well as trillions stolen from agencies including, the Federal Inland Revenue Services (FIRS) the National Emergency Management Agency (NEMA), the National Health Insurance Scheme, the Niger Delta Development Commission (NDDC), the Social Investment Programme as revealed by First Lady, Aisha Buhari, the COVID-19 funds among a litany of frauds.
“The financial rot in the Economic and Financial Crimes Commission (EFCC) under the Buhari administration, including stealing of recovered funds, underscores the level of corruption under the APC.
“It is equally appalling that the decay has reached a frightening situation where, under Mr. President’s watch, employment opportunities are sold to young boys and girls at alarming costs ranging between N1.5 and N5million.
“Moreover, the Buhari Presidency has failed to open up on its yearly budget for Nigerians.
“Now that the Buhari-led APC administration has been further exposed, our party charges Nigerians to join in the demand for the APC, as a party, to commence the processes of refunding the N15 trillion stolen by its leaders before exiting our political firmament in 2023.”